Separation Agreements as an Alternative to Divorce in NJ

Couples who do not want to separate through the formal divorce process have the option to draft a separation agreement in New Jersey. 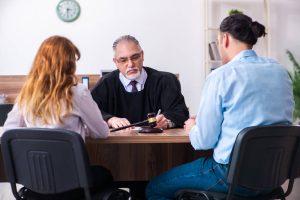 Common Topics Included in a Separation Agreement in NJ

Just as in divorce, separating parties must account for what happens to children, property, and debt when the parties split. And if one spouse earns considerably more than the other, the couple may want to include alimony in the agreement. Thus, separation agreements typically include child custody, visitation, child support, asset division, debt division, and spousal support.

If you plan to separate, consult with our experienced NJ family law attorneys at The Montanari Law Group, LLC, about a separation agreement and the best way to write one up, so it is legally correct and, thus, enforceable. We can assist you with all aspects of your separation. If you choose to divorce, need to modify an existing contract, or want to remove the terms of the separation agreement after a trial period, our legal team is able to help with those issues as well.

Once the terms of each issue are spelled out in the agreement, and the parties’ notarized signatures are on the agreement, they have a binding contract. And filing it with the court ensures that the court can resolve future disagreements if the parties cannot agree on the interpretation or performance of the contract. That means either party could sue the other for breaching the contract. For example, a common point of contention between estranged spouses is child visitation. When one party has primary physical custody of the children, and the other party has visitation, they must adhere to the agreement’s pickup and drop-off times. If not, the children typically suffer, and the primary custodial parent’s job becomes more burdensome. The agreement may include consequences for violating the contract terms. For example, the agreement may require the parties to attend mediation to solve visitation problems. If that fails, the agreement may provide that the aggrieved party file a child custody action in family court.

Typical Reasons to Purse a Separation Agreement Over Divorce

Those who opt for the agreement over divorce are typically couples who are not ready to end their marriage. They may need time to work out marital problems through counseling, time, or space. For example, a couple married for over 30 years with adult children may wish to separate to pursue their interests and hobbies that the other party does not support. Or one spouse is financially irresponsible, and the economically responsible spouse who wishes to protect their assets may want a separation agreement and not divorce if they are not ready to cut the emotional ties. Other reasons for an agreement over divorce are health insurance and religious considerations. For example, a spouse with chronic illness may need their spouse’s employment health insurance, 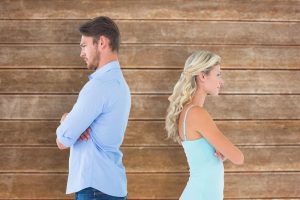 especially if their condition would prevent them from obtaining health insurance on their own. Others separate because their religion prohibits divorce.

And yet another incentive to separate by agreement rather than divorce is quick resolution. Hammering out an agreement on the same issues in a divorce proceeding or trial can take much longer than filing a separation agreement. Even though separation agreements are for parties who typically know they want to live apart from their spouse or have been living apart for a while, they are not as final as a divorce. Neither party to a separation agreement may re-marry without getting divorced. Moreover, the separation agreement is not suitable for those who separate temporarily. So, the heated argument that lands one of the spouses at their mother’s house for a few weeks while they cool off and work things out is not the same as a couple who knows they need to live apart and may be uncertain how long.

Valid Separation Agreement as a Cornerstone for a Future Divorce Document

If the separated couple eventually decides to divorce, the separation agreement may form the basis of a marital arrangement in the divorce. As such, divorce may be less time-consuming and complicated than most with a prior contract. And even if the spouses want something more official than an agreement, they can file a limited divorce called a divorce from bed and board. Just as it describes, a divorce from bed and board is for people who agree to live separately but do not want the financial obligations of marriage. This type of divorce ends the financial connection between the spouses so that one spouse does not have to pay or be responsible for the other’s obligations. In addition, a limited divorce affords more protection. With a separation agreement, the financially responsible party can file a lawsuit based on the breach of the contract if the other party runs up debt that obligates both spouses. In addition, with a divorce from bed and board, the victim spouse has more standing to deny responsibility to the ex-spouse’s creditors.

Further, a separation agreement does not prevent the parties from reconciling. So long as they both agree, they can modify or terminate the agreement. However they decide to handle their separation, estranged spouses can avoid costly errors and a long learning curve by hiring a family law attorney to prepare their agreement or limited divorce.

If you need help preparing your separation agreement, our skilled family lawyers can give you ideas about handling conflict and future concerns. In addition, we can give you their experience in helping other couples separate with legal protection and, thus, warn you of possible pitfalls in choosing terms that may come to haunt you in the future.

Contact our office located in Little Falls to discuss your separation agreement in a free consultation. We assist clients like you throughout Passaic County and in places like Ringwood, Clifton, Totowa, Paterson, and West Milford. Call at 888-877-7985 or (973) 233-4396 or contact us online today for immediate assistance.