Divorce is never easy, and when custody issues are involved, it becomes even more complicated. 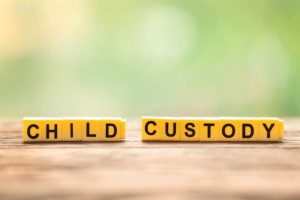 Everyone wants what is best for the children. The courts often provide an objective forum to decide just that; however, it is important to provide the court with evidence and testimony guided by an excellent attorney to obtain a beneficial outcome for everyone involved.

What Are the Types of Joint Custody?

The court looks very closely at Joint Custody agreements. The most important factor to Joint Legal Custody to Shared Physical Custody is the parents’ ability to talk about and reach joint decisions that affect the child’s welfare; if you constantly fight over what religion or school, the court may strike down your agreement.

It may be too overwhelming for children to pack their things and go back and forth between two houses every week or every three or four days.  Joint custody means the parents decide together regarding the children’s health, education, extracurricular, and religious upbringing.  Parenting time should be decided based on the children’s needs, especially when they are of school age.

What Will the Judge Take into Consideration When Determining Custody?

When deciding who will have custody, a judge will try to make an arrangement that s/he thinks is in your child’s best interest. Generally, the court will try to make sure that both parents share the rights and responsibilities of parenting. This means that it tries to let both parents play an active role in taking care of their child and making decisions about their lives. The court will base its decision on many factors. Some of the things a judge will consider are:

These are only a handful of factors that the New Jersey child custody laws and courts consider. There are a few additional important factors, which may be less commonly known to most people. If the court observes that one co-parent is more likely to put personal differences with the other co-parent aside and focus on the child’s benefit, this co-parent has a definite advantage in court when fighting for custody. A second important factor is whether each co-parent is willing to encourage and foster a close relationship between the child and the other co-parent. New Jersey child custody laws may not necessarily recognize these factors, but they are critical in the eyes of a family court judge.

Do you have Questions About Having Custody of your Child/Children?

If you are worried about child custody and would like to talk to someone about your legal options, The Montanari Law Group, LLC, with our office in Little Falls, NJ, is prepared to provide you with the information and assistance you need.

Our legal team of top-notch attorneys wants to help you make the best decisions for you and your children during this stressful and difficult time.  Let our experienced and knowledgeable professionals work hard to provide you with the support you need.  Contact us at (973) 233-4396.