What can a juvenile offender expect in the New Jersey juvenile justice system?

A juvenile charged with a crime in New Jersey is regarded in the eyes of the justice system differently than an adult, although both face repercussions upon a finding of guilt. 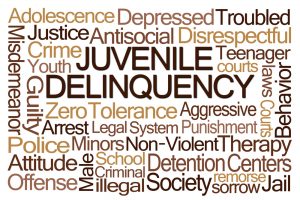 An essential similarity between the juvenile and adult justice systems is the rights afforded to alleged criminals. For example, a juvenile has the right not to speak until a lawyer is present, which they are also legally entitled to. Ideally, New Jersey police officials are particularly explicit about these rights with young people, so they understand them and do not accidentally incriminate themselves.

The differences between juvenile and adult systems of justice in New Jersey and throughout the country abound.

Again, as noted above, the juvenile court system is much more concerned with rehabilitating the youth so that they do not continue down a path of crime. There are systems in place to temper the effect of a criminal offense committed by a juvenile. For example, more often than is the case with adults, police officers sometimes undergo a stationhouse adjustment, which is a way to sidestep the justice system completely if the young person has never committed an offense before or if the act is minor delinquency and not a more serious crime. The outcome of a stationhouse adjustment is an immediate consequence without the need for the formal justice process. This could look like community service or another quick repercussion, which honors the need for a consequence for learning to occur but spares a youth a record and other punitive measures with the potential to impact them for years to come. Another route the juvenile system may take is to hand the case to the New Jersey Juvenile Conference Committee or place it in the format of an Intake Services Conference. An Intake Services Conference provides an opportunity for the arresting officer to meet with the youth and their legal guardian to discuss alternative options for consequences that do not involve entry into the juvenile justice system. Also, a gem of service within the New Jersey Family Courts is the Juvenile Conference Committee, a multiple-member volunteer committee of individuals appointed by the New Jersey Superior Court: Family Part, which meets in the presence of the juvenile, their family, and the complainant to discuss the case and submit rehabilitation proposals to the court judge for resolution. 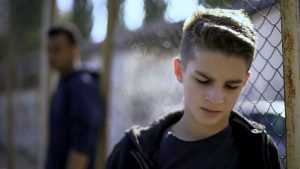 Depending on the severity of the crime, sending a juvenile through an alternative form of consequence and rehabilitation determination may not be the safest option for the community, which is also one of the court system’s main priorities when exploring options. If the offense was serious enough to merit its submission into the Superior Court: Family Part caseload, there are also various degrees of repercussions which range from monitoring devices that track a delinquent, to time in a juvenile detention facility.

What does adjudicated delinquent mean?

A juvenile charged with a crime for which he or she is ultimately convicted is known in the system as adjudicated delinquent, and their sentence is known as their disposition. As noted above, some dispositions range from restitution to work or education and training programs, to community service on the mild end of repercussions; the other end of the spectrum ranges from probation to temporary confinement within a juvenile detention facility. Again, even in a detention facility, the facility’s goal is to rehabilitate the juvenile in addition to housing them. As such, offerings within the center reflect this priority. That being said, the long-term impacts of harsh punishments for a young person based on a single mistake or even multiple acts due to youth, inexperience, immaturity, and the many difficulties that minors are faced with on their journey to adulthood, can and should be avoided at all costs.

To ensure that your child or another young person you love navigates their juvenile delinquency charges successfully, it is important to have the support of an experienced criminal defense attorney.

Contact our Criminal Attorney Defending Juveniles for a free consultation

If you or your young family member is navigating a criminal charge in New Jersey, we are here to help. With experience defending minors charged with juvenile crimes ranging from simple assault to disorderly conduct, underage drinking, drug charges, trespassing, criminal mischief, and more, our attorneys are well-prepared to support and ardently defend your son or daughter.

Contact our office at (973) 233-4396 to set up a free consultation regarding a juvenile criminal case in Passaic County, Essex County, Bergen County, and the greater North Jersey area. If you need professional advice and sound legal counsel, do not hesitate to give us a call.