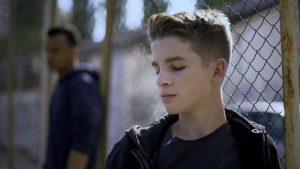 A felony charge for anyone is a serious offense. When a juvenile is charged with a felony crime, however, the law regards them a bit differently than it would someone over the age of 18, and therefore juveniles often receive a different level of punishment for the same crime. If you or a family member is a juvenile and is facing a felony charge, it is important to be aware of how juveniles are viewed in New Jersey law and what the process is for juvenile felony proceedings. Having the support of an experienced criminal defense lawyer and information at hand can mean the difference between an adult felony charge – and its stark consequences – and a juvenile charge, with the potential of having even a felony expunged from the youth’s record when they turn 21.

According to New Jersey Revised Statutes, a “juvenile” is defined as an individual under the age of 18 years old. In the case of a felony charge, a juvenile will likely be considered a youthful offender if the felony charge is not Class A. New Jersey considers a class A crime murder, rape, and manslaughter. If the felony is not Class A, and the charge is carried out in juvenile court, the youth has multiple options not available to adults. According to the United States Department of Justice (DOJ), there are certain protections offered juveniles including

Additionally and perhaps most importantly, there is an option to have the felony crime expunged from the juvenile’s record by the time they turn 21. 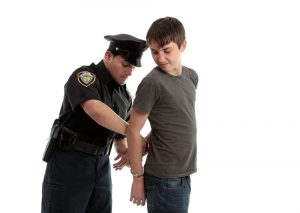 There are sometimes cases in which a juvenile’s charge is transferred to an adult court, usually depending on the age or severity of the crime committed. There are two types of juvenile transfers to adult court: automatic transfers and discretionary transfers.

According to the National Institute of Justice and the National Juvenile Defense Center (NJDC), automatic transfers to adult court – otherwise known as statutory exclusion – happen automatically based on the following factors:

Even in the absence of an automatic transfer to adult court, there are ways in which those within the legal system can petition that a juvenile’s case be transferred to adult court based on severity or some aspect of the crime.

A  prosecuting attorney can seek a discretionary transfer from the court by submitting what is called a prosecutorial direct-file. New Jersey law states that a prosecutor can seek transfer to adult court for a minor as young as 14 years old, as noted in the Columbia Law Appendix of State Transfer Laws.

Additionally, the juvenile judge can submit a judicial waiver resulting in the discretionary transfer of a juvenile case to adult court based on the severity of the crime or the repeat offense of the youth. Judicial waiver filings and other transfers to adult courts are rising, even though youth arrests are falling nationally, pointing to a trend toward harsher punishments for juvenile crimes.

What rights does a youth have in adult court? 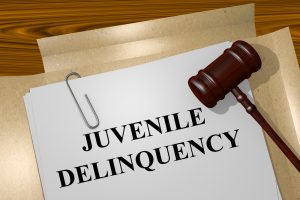 Once a juvenile charge is transferred to adult court, the way the person charged is seen in the eyes of the law changes. As such, so do their legal rights. Once in adult court, the youth has the legal right to a fitness hearing, waiver hearing, or certification, and has the right to an attorney. Additionally, they now have the right to a trial by jury. This aspect is often helpful for youth tried in adult court, as including a human element to hear the details of the case for a young person could support the likelihood that the severity of their charge could be lessened.

Retain a Criminal Defense Attorney from The Montanari Law Group

At The Montanari Law Group, our attorneys are experienced in supporting juveniles across Woodland Park, Wayne, West Milford, Clifton, Little Falls, and the greater Passaic County who face minor and major felony charges.

To schedule, confidential consultation with a member of our criminal defense team regarding the felony charge of you or a loved one, fill out our online form or through our Little Falls office today at 973-233-4396 for a free consultation.