Alimony May Be Unpopular But Is It Also Unconstitutional

Alimony may be unpopular, but is it also unconstitutional?

We have previously written that alimony is one of the more controversial facets of family law. In recent years, New Jersey has been among a handful of states where a major overhaul of alimony laws has been proposed. 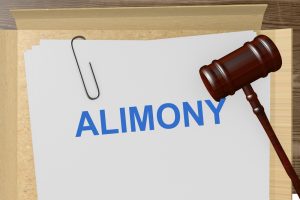 Certainly, there are those who argue that because it is now common for both men and women to work outside the home, alimony is becoming an outdated institution. Others have even gone so far as to claim that alimony laws in certain states are unconstitutional.

Four men recently filed a lawsuit against the state of Connecticut alleging that the state’s alimony laws violate the 14th Amendment to the U.S. Constitution. The four plaintiffs filed the lawsuit anonymously, but it is known that all four are divorced and had to pay court-ordered alimony.

The men make several arguments against how alimony awards are calculated and enforced. But the gist of their argument is that alimony “burdens the right to end a marriage and to remarry.” According to the complaint: “alimony is a historical anachronism, a remnant from an earlier legal era when the rights of women vis-à-vis their husbands, and in society in general, were radically different than they are today.”

Although societal norms are very different than they once were, there are many who believe that alimony is still a necessary and useful institution. In most cases, the goal of alimony is to make sure that one spouse does not become financially destitute as the result of a divorce. Here in New Jersey, courts will consider 13 different factors when determining whether alimony should be awarded and, if so, what type of alimony is the most appropriate in a given situation.