After being closed since March due to the pandemic, New Jersey criminal courts resumed recently when two courts in Atlantic and Bergen counties launched two criminal trials.

They used the cases as small-scale trial runs for the start of hybrid jury trials. The term “hybrid” refers to an altered approach, including using technology, to conduct both jury selection and trials themselves to safeguard the health of jurors and court participants in a pandemic. 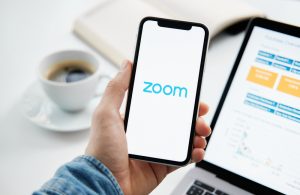 The judiciary had unveiled a plan in July that it said would allow for safe trials while maintaining the system’s integrity and defendants’ rights.

In Atlantic County, 14 jurors were selected according to the plan to judge a forged check case. They were chosen after one round of juror questions via Zoom and the second round of questions in the courthouse. The jurists decided whether or not a Pleasantville woman forged or knowingly cashed a fraudulent check for more than $5,000 in Atlantic City on Feb. 15, 2019.

On the same day as the Atlantic County trial, however, the trial in Bergen County was stayed by an appellate court because the defense attorney objected to a similar jury selection process as was used in Atlantic County—in other words, one that was done partially over the Internet and partially in person. The defense questioned whether the new jury selection process produced a jury pool representing a community’s cross-section.

In the Bergen County case, a man is accused of scattering gasoline around his estranged wife’s car and house and trying to set them on fire in 2019.

In court filings, his defense attorney argued that the pool of potential jurors in his client’s case consisted mostly of persons under fifty years of age and that people of color were noticeably few in number—-especially compared to the county’s pre-COVID-19 jury pools. The defense attorney said that the jury, as it stood, was 65% white and the majority female.

He also argued that jurors’ requirement to answer questions over the Internet excluded certain demographics. He also claimed that Bergen County’s hybrid jury selection method had selected a disproportionate number of economically-privileged, youthful jurors because they did not have child-care or work conflicts and were technologically fluent.

In their July announcement, the judiciary said that its hybrid jury-selection process would ensure that those without computers or Internet access would not be excluded from jury pools because the court would make technology available to them. 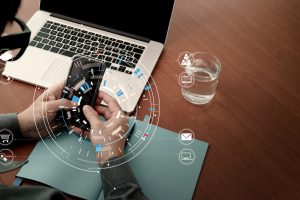 Like its piloting of virtual grand jury proceedings, the court’s plan for hybrid jury trials has come under fire from legal groups in the state, including the state’s Association of Criminal Defense Lawyers. Matthew Adams, chair of ACDL-NJ’s pandemic task force, said the court’s hybrid jury selection model “placed expediency over constitutional rights.”

In Bergen County, the jury selection process is now being reviewed by the Appellate Division. It has invited both the ACDL-NJ and the Office of the Public Defender to weigh in.

Back in Atlantic County, the trial for the check forgery case did get started. The jurors wore masks and were spread out in the gallery instead of sitting in the jury box. The courtroom was outfitted with plastic barriers.

Two days before the start of that trial, the judge had questioned potential jurors, a process called voir dire, via Zoom. Of those, 44 potential jurors were brought to the courthouse in Mays Landing the following day, and 14 jurors were empaneled after in-person questioning, according to the judiciary.

At the trial, jurors wore clear plastic masks provided by the court and sat apart in the gallery where families and spectators usually sit. According to a court spokeswoman, anyone wishing to observe the trial had to watch via a video feed online or in a courthouse viewing room.

In court, everyone remained masked for the most part, except for the judge, the attorneys while they gave their opening statements from behind barriers, and the witness when she was seated on the stand.

The case normally unfolded after the jurors were sworn in from the gallery, with the prosecutor and the defense attorney giving opening statements.

Witnesses were reminded to speak up because the jurors were farther away than usual, and the stand was wiped down between testimony.

Despite concerns that social distancing would complicate communication between defendants and their attorneys, during the trial, the pair sat side-by-side with masks and spoke to one another, as is typical.

Our experienced team of lawyers at The Montanari Law Group supports clients across Wayne, Paterson, Clifton, West Milford, Woodland Park, Little Falls, and Passaic County in all matters regarding defending your rights.