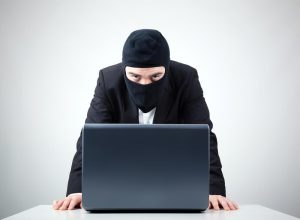 Theft by deception is a type of theft crime where someone is tricked into believing something for another’s financial gain.  If someone convinces you to give them money under false pretenses or money is deceptively taken from you, it is usually considered theft by deception in New Jersey.  The complexity of this crime lies in the many incidents or ways it can occur.  Under NJ Law, it is a serious crime with consequences just as serious. If you have been charged with theft by deception, it is in your best interests to contact an informed and experienced defense attorney immediately.  You need to be aware of what the charges really mean, their penalties, and the potential consequences for your criminal record.

Our founder Michael J. Montanari and his criminal defense team are highly adept at defending clients in West Milford, Hawthorne, Wanaque, Haledon, Totowa, Passaic City, Paterson, and elsewhere in Passaic County, New Jersey. Get in touch with us by contacting us online or calling 973-233-4396 to schedule a free consultation to analyze your case with a criminal defense attorney and make sure you defend your rights along the way.

Elements of a Theft By Deception Offense in New Jersey

According to N.J.S.A. 2C:20-4, the prosecution must prove, beyond a reasonable doubt, 3 points.  First, that the defendant received someone else’s property.  Next, the defendant deceived the victim to obtain the property.  Third, the defendant’s deception was reinforced and relied upon by the victim to complete the transaction. A valuable point with this charge is that the deception must be to obtain financial gain.  Boasting about a used car you want to sell or about these great diet supplements you are hawking as part of the latest MLM does not fall under theft by deception.  Moreover, the actions taken by the defendant must be with an intent to deceive the victim.  An accident or something unintended would not be considered a crime in this case.

Examples of Ways that Theft By Deception can Occur

Babs Benton, from Clifton, NJ, is a stay-at-home mom who wants to make some extra cash to buy her daughter a car.  The other day she got an email from a nearby company offering jobs to proofreaders.   She emailed the company, and they sent her an application form.  She was asked to include all her vital information, including the numbers and PIN from her bank card, to pay her via direct deposit.  It seemed strange, but she did it anyway.  Later in the evening, when checking her bank balance, an account statement that should have read $4,000 and change was at $0.00.

Jay and Robert headed to their favorite pizza restaurant in Prospect Park for a pie.  They ordered several drinks and a couple of pizzas. They took their time eating, waiting until the place was bustling.  Once they had finished and the waitstaff was running back and forth to the kitchen, they ran out of the restaurant without paying for their meal.

Donna Kelt, from outside the state, was getting married in her home town of Wayne, New Jersey and desperately needed a bridal gown and seven bridesmaid dresses.  She found a seamstress on Craig’s list and put down a $7,000 deposit for the fabric and the first half of the work.  Two months passed, and she called the seamstress for her first fitting.  The seamstress had blocked her.  Donna had no way to find her because, despite having asked several times, she was never given an address.

It is important to note that the prosecution will frequently add the amount of each victim to press a higher charge.  For example, if someone is charged with ten counts of theft by deception and each victim loses $150, she could possibly be accused of theft by deception in the third degree. Another important point is that frequently, judges will order restitution to the victims as well as fines and jail time.

Also, second-degree charges have a presumption of incarceration.  Third and fourth degree do not if they are the defendant’s first criminal offense. Various mitigating factors could affect the severity of the charges.  A judge will look at the amount of money that was absconded, the defendant’s criminal background, whether or not the defendant is a minor, and if there are any extenuating circumstances. 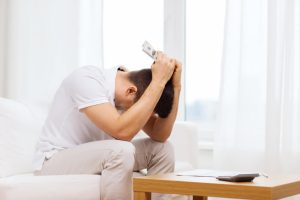 Only those who have no prior convictions are eligible for Pre-Trial Intervention.  As a first-time offender program, it will allow you to avoid going to jail and keep the felony charge off your criminal record. Your case will be set aside while you complete the program.  In theft cases, it isn’t uncommon for defendants to have to pay back their victims.

Is it Possible to Get Theft by Deception Dismissed?

Theft by deception is a charge partially based on another’s perception that what transpired was criminal.  If the amount in question was nearly nothing, or you have valid defenses, it is entirely possible to get the charges against you dropped. Maybe you made a promise to someone you know, and they gave you money, but you were unable to fulfill your pledge. It is within the realm of possibility that those charges may be dropped as well.

Sometimes some situations seem like theft, but in actuality are innocent mistakes.  For example, you are writing a check from a closed account because you must remember to use the new checks.  Using your sister’s credit card because it was in your wallet and you weren’t paying attention is not theft by deception.  Neither is pressuring all of your friends to go to a concert to see your cousin’s band by telling them she would be a star, but it turns out she had fizzled.  As long as the deception is not intended and a financial benefit was never given to the person promoting the activity, it isn’t theft by deception.

The Montanari Law Group has well-equipped criminal defense attorneys with years of experience defending everyday people like yourself in Wayne, Prospect Park, Clifton, Ringwood, Woodland Park, Little Falls, and other towns around Passaic County.  We pride ourselves on our strategic and thorough defense of our clients.  We will investigate your case from every angle to determine how to provide you with the utmost defense representation.

Our office can be reached at 973-233-4396 or fill out the online contact form. Contact us today for your free consultation.  The sooner you reach out, the sooner we can get to work.