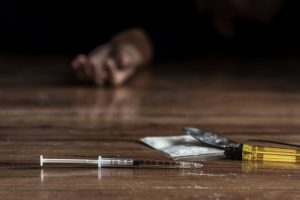 With over 3,000 drug overdose deaths reported in New Jersey in 2021, the opioid epidemic and prevalent use of other dangerous drugs have caused the New Jersey Legislature to become a pioneer in the nation on the war against drugs. New Jersey criminal law includes a statute that allows the state to convict individuals who manufacture, distribute, or dispense certain types of drugs if those drugs cause the death of an individual who uses them.

Many individuals who are charged with this offense are completely unaware that this provision of the criminal code exists and are typically unpleasantly surprised to learn that it does not matter whether they intended the individual to die or even knew the drugs could kill the individual.

If you have been charged with strict liability for a drug induced death, you must understand that this is a first-degree offense, which is the highest grade of a criminal offense in New Jersey. As such, your freedom and future are on the line, and it is imperative that you obtain the best criminal defense counsel possible to mount an effective defense on your behalf. Our criminal defense lawyers at The Montanari Law Group are committed to defending clients facing strict liability for a drug induced death charges and other extremely serious drug offenses throughout Passaic County, such as Clifton, Little Falls, Paterson, Prospect Park, Totowa, and Wayne. In fact, our firm’s founder Michael J. Montanari successfully argued a case involving first-degree strict liability for drug-induced death before the New Jersey Supreme Court. In this case victory, Mr. Montanari effectively obtained a dismissal through passionate defense representation, allowing our client to avoid a 20-year prison sentence. To discuss your case with Mr. Montanari or another attorney on our criminal defense team, call 973-233-4396 for a free consultation today.

Typically, when an individual is charged with a criminal offense, the prosecution is required to prove the requisite mens rea of the offense or state of mind that the accused had when committing the offense. Most criminal offenses require the prosecution to prove beyond a reasonable doubt that the defendant acted intentionally, recklessly, negligently, or knowingly. The lowest level of intent typically required in a criminal offense is that the defendant “should have known” of certain conditions or that their actions were likely to have a particular result.

However, in New Jersey’s application of strict liability for drug induced deaths, no level of intent is required. The prosecution is simply required to prove beyond a reasonable doubt that the defendant manufactured, distributed, or dispensed methamphetamine, phencyclidine, LSD, or a Schedule I or II controlled substance, an individual ingested, injected, or inhaled the drug that the defendant manufactured, distributed, or dispensed, and the individual died as a direct result.

The penalties for a Drug Induced Death conviction are significant. As a first-degree offense, those convicted face up to 10 to 20 years of imprisonment, fines of up to $200,000, and suspension of driver’s license. 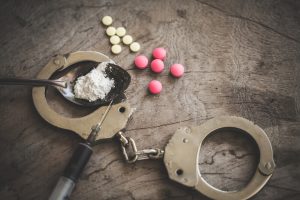 A common defense strategy against criminal allegations is that the defendant lacked the requisite intent of the offense. Since the law applies a standard of strict liability to Drug Induced Deaths, this defense is not available. However, there are several others that may be available to you, depending on the facts of your case.

You may be able to argue that you did not manufacture, distribute, or dispense the drugs that caused the death of the individual. You might also be able to argue that the individual’s death was not directly caused by the drugs that you manufactured, distributed, or dispensed and that some other cause or intervening event caused their death. For example, even if an individual ingested drugs that you sold to them, if the actual cause of their death was a fatal car accident while they were under the influence of drugs, then the drugs did not actually cause their death. Rather, the prosecution must prove beyond a reasonable doubt that the drugs directly caused the individual to have a fatal medical episode.

Related to the defense of a lack of causation, you may also be able to argue that the individual died from medical issues relating to long-term drug use rather than a single medical event. There are also a few defense theories that are not viable against a Drug Induced Death charge. For example, it is not relevant that an individual voluntarily assumed the risk or was an addict.

The gravity of a Drug Induced Death charge cannot be easily overstated. With the potential for decades behind bars, it is critical that you obtain an attorney who understands the types of viable defense strategies that may be available to you. Specifically, you want to find a skilled criminal defense attorney at Montanari Law Group who has successfully defended clients against this charge and similar offenses. If you are facing Drug Induced Death allegations in Bloomingdale, Wanaque, Ringwood, North Haledon,  Hawthorne, Paterson, or elsewhere in Passaic County, do not hesitate to call us today for a cost-free consultation. Call 973-233-4396 or fill out the online intake form now to get a free consultation with a criminal lawyer who can help with your case.