Common Missteps when Handling Child Custody Differences can be Detrimental for Your Own Purposes and for Your Children. 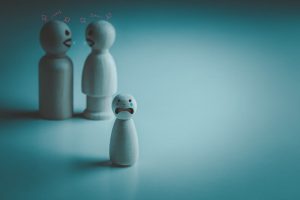 Child custody disputes can be grueling court battles. With so much at stake, parents often make critical errors that lead to their downfall. They may view child custody as their right exclusively or resort to unfair tactics to “win” the battle. In the long run, they end up losing. Family law courts want to see parents acting in their children’s best interests, often placing their children’s interests above their own. When a parent focuses more on fighting than what’s best for their children, they make common but costly mistakes.

Elements Considered by the Court to Determine Child Custody

A family court’s role in most custody disputes is to determine the custodial arrangement for the child, children, and parents. Depending on the family circumstances, one parent may have primary custody, and the other may have visitation with the children. For example, the parent who works and earns the most may have visitation, while the other has primary custody. But a court considers many factors in making a custody order. Ideally, a fifty-fifty arrangement is best between parents who live nearby and can cooperate to transport the children from one household to the other and make important childcare and life decisions. But that is not always possible. Thus, the court may rely on evidence from the parties, child advocates for the children, and other parties to order custody, temporarily or permanently. And one or both parties’ mistakes may influence a judge’s decision.

The first error a parent may make regarding a custody dispute is assuming they do not have to consult with the other parent regarding the child. But a judge typically frowns on one parent assuming the primary custodial role with no legal authority. In deciding who will have primary custody, a judge will likely choose the cooperative parent. Between two fit parents, the parent who consults with the other parent and makes compromises regarding child-rearing decisions is the one a judge is more likely to favor for a child’s primary care. Conversely, a parent who does not cooperate or communicate with the other in parenting decisions and time-sharing is less likely to be the primary custodial parent.

Badmouthing the Other Party

Another common error is badmouthing the other parent to the child or others. Criticizing the other parent in front of the child is a serious mistake that could result in the offending parent losing custody. Even if the child is not present, complaining about a spouse or ex-spouse to others could backfire. The same goes for insulting texts, emails, or social media posts to the other parent, friends, and family. A custody battle often turns on witness testimony, and a witness called to testify may reveal the complaints. They may show up as evidence in court. The court could be hesitant to award primary custody to one who does not encourage a child’s relationship with the other parent or manipulates a child to choose one parent over the other.

Manipulating a child to fear, dislike, or refuse to visit with the other parent may cause the manipulator to lose custody. Judges may view severe parental alienation as emotional abuse and deny the offending parent visitation and custody.

Even worse, outright denying the other party their court-ordered visitation can result in a contempt of court charge, which could be serious. Disobeying a court order can land the offender in jail. Moreover, they could lose child visitation rights or custody.

Other mistakes include moving out of the house before obtaining a custody order and failing to visit with a child once a new spouse or significant other enters the picture. A judge may consider such behaviors as evidence of the parent’s weak commitment to a relationship with their child. They may seem more interested in the new love relationship than the child.

Showing Other Signs of a Potential Problem

Finally, a parent’s fitness to parent may concern a judge after the parent’s arrest or by evidence of substance abuse or anger management issues. An arrest for drunk or drugged driving may suggest to the court that one parent may have a substance abuse problem that could endanger their children. And a judge may hesitate to order custody to one parent who degrades the other or has angry outbursts in court. 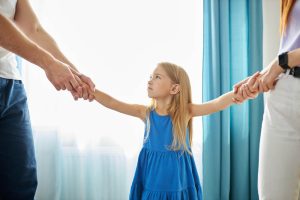 Cooperation is the Key Element to Avoid Further Disputes

Avoiding critical mistakes is the safest way to improve a parent’s odds of getting maximal custodial time with their children. If you are in a custody dispute, you want to show the court that you are responsible, cooperative, and flexible. You inform the other parent of the children’s activities, important dates, vacation plans, and the like. And you can compromise when conflict arises. This cooperation is better for all parties involved, especially the children. Courts expect parents to protect their children and promote their well-being. Disputes and hostilities do neither. Experienced family law attorneys such as ours recommend this behavior to a parent in a custody dispute, as we want to position you for optimal success in your custody case.

Contact Our Little Falls Office for Help with Your Custody Case

A critical error is to fight a custody battle without a seasoned family law attorney by your side. Your lawyer is the one who can guide you from the beginning on how you can show the court that you have your child’s best interests at heart. At The Montanari Law Group, our family lawyers are deeply aware of the important role you play in your children’s lives and theirs in yours. We can explain what courts look at in determining custody and help you deal with your ex if they do not cooperate. We can encourage you to keep calm and not get drawn into arguments, especially in front of your children. Our compassionate attorneys can also advise you on what you should do about behaviors or circumstances that may hurt your chances at primary custody or ample visitation.

More importantly, we can present your evidence in court to convince a judge to order custody as you request or suggest steps to assure the court that you want to do what is best for your children, including overcoming your issues. With years of background handling child custody, child support, divorce, alimony,  and other family-related cases, our lawyers understand what courts consider in custody decisions and can craft creative solutions to give a court reason to award you custody. Call (973) 233-4396 and connect with a family law attorney at our Little Falls office who cab assist you with your custody matter. A member of our team is ready and committed to assisting you. We provide absolutely no-cost consultations, so please do not hesitate to reach out and talk to a lawyer today about your custody concerns in Wayne, Essex Fells, Ringwood, Haledon, West Milford, Kearny, and other Passaic County and North New Jersey areas.