Read on to learn more about legal separation if you were joined in a civil union in the state of New Jersey. 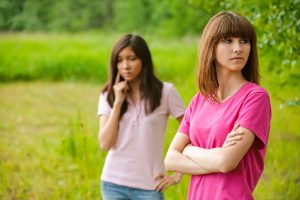 Going through the process of divorce is difficult for any couple. Regardless of the circumstances or the amiability between separating partners, there are always emotional and logistical hoops to jump through. However, when you are a same-sex couple, additional hoops make the process more difficult to navigate.

When the New Jersey Supreme Court ruled that restricting the rights of same-sex couples to not include those of marriage in Lewis v. Harris (2006), the road was paved for same-sex couples to receive equal marital rights to those of traditional heterosexual marriages. As a result of Lewis v. Harris, the New Jersey legislature created the status of ‘civil unions’ to be a separate status for same-sex couples that carried legally equal rights to that of ‘marriage,’ the term for heterosexual marriages. When the landmark US Supreme Court case Obergefell v. Hodges nationally removed all bans on same-sex marriage, citing its violation of the 14th Amendment Equal Protection Clause, the need for “civil unions” in New Jersey dissipated; however, many couples are still legally in these civil unions, legal contracts into which they entered after the 2006 New Jersey Supreme Court case.

What happens when a couple in a civil union wishes to separate?

Is the process similar to divorce, and what are some repercussions of an outdated legal system? For example, if you and your partner joined together in a civil union in New Jersey and are now separating, the process will be similar to that of a divorce. This is because the process for dissolution of a civil union is the same as that for divorce; if one of the two people has been a resident of New Jersey for at least one year before the initiation of the divorce or dissolution of the civil union, you can move forward with the dissolution in a New Jersey court. Also, the provisions for alimony, child custody arrangements, child support, and division of assets are the same in divorce as they dissolve civil union for a couple who has had at least one year of residency in New Jersey before the union’s termination.

However, if you have since moved out of New Jersey or the state you were legally joined, there may be more extensive hoops to jump through. According to Forbes Magazine, a prominent difficulty is that before the repeal of the Defense of Marriage Act, many same-sex couples obtained the legal status of domestic partners. In some states, domestic partnership was automatically shifted to marriage following the repeal, but that wasn’t the case in all states. As such, depending on what state you were married in or moved to, you may have to terminate not only your marriage or civil union but also your domestic partnership. Having the support of a skilled divorce attorney can help you navigate this interstate hurdle. 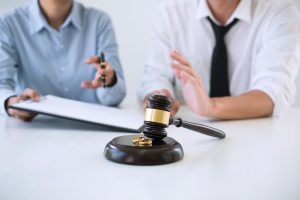 Similar to the issue with the division of assets, troubles arise with separating partners when alimony arises. Alimony is financial spousal support offered to one partner to maintain a similar lifestyle to that which they had in the union. But, again, there is a huge legal gray area here, in the same way, there is regarding the separation of assets – when a couple has been together before the Civil Union Act, the status quo and lifestyle they lived throughout the entirety of their relationship may differ from that which they had following their legal civil union, creating a dissonance in the appropriate spousal support to be paid.

To ensure that you navigate the dissolution of your New Jersey civil union effectively, seek the support of a skilled and experienced divorce attorney.

If you are terminating your civil union in New Jersey, we are on your side. Contact our Divorce Lawyers for a free consultation at our Little Falls Office.

Do not hesitate to contact us online or through our local Little Falls offices today at (973) 233-4396 for a free and confidential consultation with a member of our qualified legal staff concerning your specific situation.