Not everyone feels the need to wed in today’s society, even when there are children in the relationship. 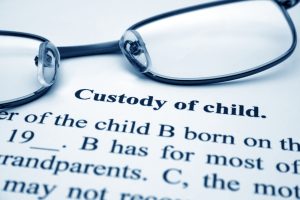 Marriage is no longer seen as a prerequisite to having a family.  The freedom of being able to come and go, sharing in the lives of the children is usually the idea in the beginning.  However, oftentimes parents would like a more formal custody arrangement to establish the responsibilities and visitation schedule of each parent. Even when there is no formal relationship between the parents, both are entitled to raise their child and obligated to provide for that child’s health, education, and well-being.  Of course, the parent’s wishes are taken into account during the process, but the courts are obligated to determine what is in the child’s best interests (and wishes if they are old enough).

Parentage is Priority in New Jersey

Before the courts will begin to determine a custody agreement, paternity must be verified. The mother is always viewed as the mother of the child.  If the parents agree on the paternity of the child, the father can sign a voluntary acknowledgment of paternity through a document called the Certificate of Parentage either at the hospital just after the birth, have it notarized and filed with the New Jersey Department of Health.

If paternity is questioned, the parties may get a DNA test either on their own or ordered by the courts.  This is referred to as a “Paternity Action. This action is filed in Family Court and can be requested by the mother of the child, anyone who believes the child to be his, the child him or herself, or the child’s guardian.  Once the results are clear, the parentage document is filled out and notarized, and is to be filed with the New Jersey Department of Health as in the first example. Once a Certificate of Parentage has been completed, retracting or changing it is extremely difficult.

DNA testing is also recommended when the mother is married to someone other than the child’s father.  The law presumes that the child’s biological father is the mother’s husband and proof to the contrary would need to be given in order to set up custody and support.

Who has Custody of The Child If the Parents Aren’t Married in Passaic County?

Before a custody agreement is decided, the child stays with the mother who has full legal and physical custody. This does not mean the parents don’t already have an agreement themselves, but frequently parents weren’t to formalize their custody and child support arrangements.

What Rights Do Fathers Have In New Jersey?

Once paternity has been established, and the birth certificate has been issued, one or both parents may file a custody and support claim. Some people come to the erroneous conclusion that the judge will automatically place the child in the sole custody of the mother.  Actually, the courts are guided by a standard referred to as the “best interests of the child.”  In fact, in the majority of custody cases, judges prefer that the parents have joint custody and cooperate to raise the child together.

Some of the determining factors the judge will contemplate include what is best for the health and safety of the child.  Things such as living conditions, the parent’s work schedule (night shift or many hours of overtime when the child is there), and access to healthy meals are of great interest.  The child’s emotional and developmental needs are to be watched over as well. If the child has special needs such as a cognitive issue, chronic illness, or psychological illness, custody would be determined by each parent’s ability and willingness to cater to the extra care needed such as therapy or doctor’s appointments.

It is possible for parents to reach a custody agreement on their own which includes visitation, custody, and a parenting plan formalized by their attorneys.  The New Jersey courts prefer this but will hold a trial if one is necessary.  Once custody is established the custodial parent can then file for an order of support.

Is a DNA Test Mandatory In New Jersey? 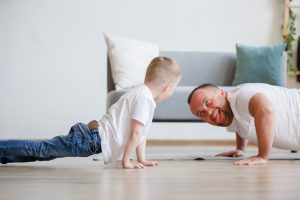 A contested paternity case may force the court to require a DNA test between the parents and the child. These tests have an accuracy of approximately 95% or greater in determining paternity.  There are home DNA test kits where swabs are taken inside the cheek and mailed to the lab, but their results are inadmissible in court.  In order to obtain test results that are acceptable by the court, the mother, father, and child must go to a lab and have a swab sample collected and tested on the same premises.

As far as whether or not the court can force someone to take a paternity test if a court-ordered paternity test is not effectuated, contempt of court charge may be issued.

Can Unmarried Parents Have a Parenting Plan?

Actually, the courts prefer parents to draw up a parenting plan as opposed to filling the docket with cases that could be settled with their attorneys out of court.

How Can A Lawyer Help Unmarried Parents with Custody Matters in NJ?

Facing paternity issues is a delicate situation.  This can be exceptionally difficult to do alone.  When determining child custody and child support you should have the counsel of a family law attorney who has knowledge of the family law system and can guide you through the process.

At the Montanari Law Group, our goal is to help you navigate the family legal system in such a way that you feel confident and cared about.  We recognize the anxiety and stress that this kind of case can cause and our compassionate approach to your difficulties is what sets us apart from other law firms. We have been serving clients for years in Northern New Jersey, including Passaic County towns and cities such as Hawthorne, Wayne, Totowa, Haledon, Paterson, and Little Falls.

Call us at (973) 233-4396 for a consultation to receive the dedicated and effective legal assistance that you need right now.