Can Grandparents Become Custodians of their Grandchildren in New Jersey?

If you have questions or doubts about grandparents securing child custody, what the process entails, and how you can get immediate help, contact our firm. 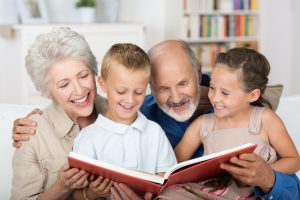 Divorce can be complicated, even more so when children are involved. The decisions made by the parents and the court have a significant impact on the entire family. For grandparents, a divorce could mean an inability to see a grandchild.  In most circumstances, New Jersey courts support grandparents’ involvement who can contribute to the positive upbringing of the children.  For this reason, grandparents have rights and can petition the courts for visitation and even custody of the children.

Due to the intricacy of the laws regarding child custody in New Jersey, hiring a lawyer to assist with your grandparents’ request for child custody is ideal.  If you are a grandparent seeking custody of your grandchild, it is important that you know how to go about it in the right way.  Or maybe you know someone who is trying to get custody of their grandchildren and could use an excellent family lawyer to help. If any of these scenarios is applicable to you, contact Montanari Law Group to speak with one of our lawyers and get all of the answers you need. You can reach us for a free consultation by calling (973) 233-4396 now.

How Child Custody is Decided by NJ Courts

Generally, the court will try to make sure that both parents share the rights and responsibilities of parenting. There is a multitudinous list of considerations to be evaluated concerning the custody of the child, and all decisions regarding children are examined in the context of the child’s best interest standard.

Do grandparents have legal standing when it comes to their grandchildren in NJ?

New Jersey’s Grandparents Visitation Statute permits grandparents to apply for visitation. To consider requesting custody of a grandchild, a relationship must be documented between the grandparents and their grandchild.  A petition must be filed in the county court where the grandchild resides or in the court making custody and visitation decisions for them.  The petition must also include the current relationship between the grandparents and the child and an explanation as to why their separation. After filing, the parents should be notified, and a visitation schedule should be agreed upon before the next custody hearing.

The judge will consider many factors when making a decision about visitation. These factors cover a range of relevant circumstances given the particular situation. For instance, the status of the relationship between the grandparents and everyone involved, including the child and the child’s parents, is very important. Likewise, the grandparents’ previous conduct, particularly in the realm of violent or abusive behavior, looms large among significant consideration. Also, the judge needs evidence that proves that the grandchild would be harmed if the petition were denied.  Some of the evidence taken into consideration are if one of the parents is deceased, there is a strong bond between the child and the grandparents, expert psychological testimony that the child would suffer, and significant changes in the home after the divorce.

How Do Grandparents Get Child Custody in New Jersey? 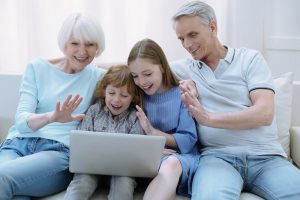 By proving the parents are unfit, unable to provide a safe living space that is emotionally and mentally supportive, grandparents can obtain custody as long as they can demonstrate that the child’s health and safety would be best encountered with them.

A court will also look at what your parenting role to the child has been up to the present.  This is called a psychological parent.  As a psychological parent, it must be proven that the child’s legal parent intended for the grandparents to act as a parent to the child.  This does not mean the occasional sleepover or trip to Disney Land.  It requires a constant, supportive relationship between the child and the grandparents. Grandparents who have lived with the child in the same home have developed a parent-child-like relationship, and contribute to the child’s financial support, and are responsible for the child’s education and care.

Who Pays Child Support if Grandparents Have Custody in NJ?

The parent named by the court as the one who pays child support should pay that support to the grandparents, who use this money for the children. The grandparent, once named the custodial parent, can receive the support for the duration of the custody arrangement, as long as they are ordered by the court to receive custody. Failure to do so on the part of the person or persons obligated to make child support payments could result in a termination of parental rights because it is considered abandonment.

Temporary custody granted to grandparents is not uncommon, but it certainly is a tough row to hoe.  The parents must be shown as completely unfit if there is evidence of addiction, child abuse, or severe neglect.  An unsafe living environment, psychological and emotional abuse (certified by a mental health professional) and malnutrition or lack of adequate health services, and the death of a parent are all reasons why custody would be granted to the grandparents. Permanent custody is sometimes granted after an evaluation of the child and circumstances have been reported.

If you are trying to get custody of your grandchildren in New Jersey, contact our Family Law and Custody Attorneys at our Little Falls office

Even when an agreement between the parents and the grandparents has already been discussed and agreed upon, the best decision is to hire a professional who is ready to work with you towards the best possible outcome. If you are located in or around Wanaque, Pompton Lakes, Ringwood, Wayne, or any town in Passaic County, Bergen County, Hudson County, Essex County, or Northern New Jersey, we can provide a free consultation and listen to your questions before offering key insight into your possible next steps.

At Montanari Law Group, you are our first priority. We have a robust approach to problem-solving and working with you. We understand how important your family is to you, and we want to help.