Most Recent Changes to Child Relocation Law in NJ 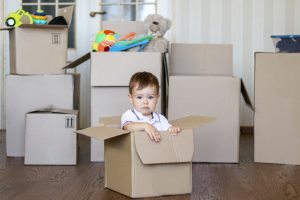 On August 6th, 2017, the New Jersey Supreme Court’s ruling in the case of Bisbing v Bisbing dramatically changes the way in which out-of-state parental relocation requests are decided in New Jersey. Whereas previously, parents with primary or sole custody of children could very easily relocate out-of-state with those children without regard to the other parent, or the best interests of the children involved in the relocation, last week’s ruling now changes the way in which these relocation requests are decided for parents across New Jersey and Passaic County.

On August 6th, 2017, the New Jersey Supreme Court ruled on a case involving a dispute between divorced parents and the desire of one parent to relocate with their children to another state. This ruling dramatically changes the previous legal precedents established regarding child custody and out-of-state relocation and has the potential to affect any parent wishing to move out-of-state with their children after a separation, divorce, or dissolution of a legal relationship.

This allowed for parents designated as the “Parent of Primary Residence” or parents with primary custody to very easily relocate with their children out-of-state without consent from the other parent, even if that other parent had shared legal or physical custody. The Baures standard required only that the relocating parent show that the move is being requested “in good faith”, and that the move would not be “inimical,” or harmful, to the child or children in question.

The problem with this legal understanding that has become apparent, however, is that many parents would negotiate their initial child custody agreement in bad faith, meaning that they would try to secure a designation of “Parent of Primary Residence,” all-the-while knowing that they would relocate out-of-state once their divorce had been finalized. Even if they stated that they were not intending to move after their divorce, once primary child custody was secured by a parent, they could quite easily move out-of-state without the courts really being able to consider whether or not the move was actually in the best interest of the children involved.

In the case which has now set a new legal standard for how New Jersey child relocation requests are to be considered, Jamie and Glenn Bisbing settled their divorce’s child custody agreement in such a way that gave joint legal custody to both parents, but set Jamie as the “Parent of Primary Residence.” However, father Glenn Bisbing only agreed to the terms of their child custody settlement with the added understanding that mother Jamie Bisbing would not move the children out-of-state without his consent after their divorce. In fact, their marital settlement agreement even contained language wherein both parents expressed their belief that a relocation that took the children away from either parent would have a negative effect on the children.

Their divorce was finalized on April 16, 2014, and less than a year later Jamie informed Glenn of her interest in moving to Utah and marrying a man she had been dating there. While Glenn was unopposed to Jamie’s move, he categorically opposed the idea that Jamie would take their children with her. Jamie filed a request with the Family Court for approval of her relocation with the children, and while Glenn argued that the children’s relocation to Utah would destroy the close relationship that he had with his children, the Family Court, using the case law established in Baures v. Lewis, ultimately ruled against Glenn. Remember, Jamie was designated as the “Parent of Primary Residence,” and as such only had to show that the relocation was in good faith, and would not be harmful to the children. The best interests of the children involved would not truly be taken into account.

Following this decision, Glenn filed several motions and appeals, and the case arrived on the desk of the New Jersey Supreme Court.

In making his case to the NJ Supreme Court, Glenn argued that his former wife had acted in bad faith negotiating their initial child custody agreement, knowing that if she secured the designation of parent of primary residence, she could very easily secure court approval to relocate out-of-state with her children based on the standards established in Baures v. Lewis. Glenn further argued that the current legal method of basing the standards required for relocation on a parent’s custodial status is against the Legislative intent of acknowledging both parents’ equal rights in custody proceedings.

So important was this case that the New Jersey State Bar Association appeared before the Supreme Court as amicus curiae (impartial and voluntary advisers), and urged the Supreme Court to overturn the standards established in Baures v. Lewis, stating that parents entering into child custody agreements should not waive their right to seek a judicial custody determination based on the type of child custody secured during the divorce.

The Supreme Court ultimately ruled in Glenn’s favor, overturning nearly two decades of child relocation jurisprudence. The court admitted that the Baures standard failed to achieve its intended result, and in practical terms has historically resulted in many custody disputes involving accusations of bad faith, unnecessarily exhaustive litigation over custody, and a litany of desperate attempts by non-custodial parents to stop the relocation of their children to another state. In short, the focus of the existing child relocation law has shifted away from the best interests of the children, contrary to what the initial legislation on this matter set out to do.

How Does this New Child Relocation Standard Affect My Passaic County Family?

Pursuant to the NJ Supreme Court ruling in Bisbing v. Bisbing, parents seeking to relocate will first need to show that “cause” exists for their relocation request, with the cause being determined under N.J.S.A. 9:2-2. Additionally, and even more importantly, all contested requests for child relocation in New Jersey will be reviewed based on the best interest analysis described in N.J.S.A. 9:4-2, regardless of the type of custody each parent has. 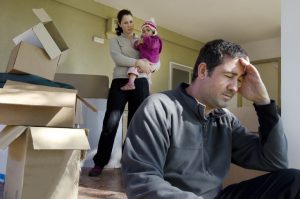 The best interest analysis can include insights and testimony from both parents, adults with close relationships to the child or children in question (such as teachers, caregivers, or doctors), testimony from experts on family dynamics and child development, and even interviews by the court with the children.

While New Jersey law has held the belief for some time that it is in every child’s best interest to have a strong relationship with both parents after a divorce, this “best interest” standard is only just now being applied to all child relocation matters, thanks to the decision by the New Jersey Supreme Court in Bisbing v. Bisbing.

You should not have to deal with any family law issue on your own. Contact our attorneys at Passaic County and Northern NJ with offices in Little Falls for help. We have the experience you need. Call us at (973) 233-4396 or contact us through our website for more information about child custody or relocation.