Charges and Penalties for Fake ID Crimes in New Jersey

Possessing a fake ID or manufacturing fraudulent IDs for others is a criminal offense in New Jersey that can lead to jail time and severe fines, as well as resulting in a criminal record. 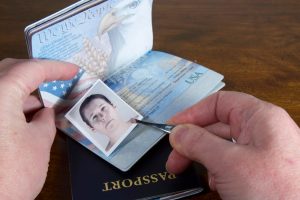 Depending on the circumstance in which someone is arrested with a fake ID, as well as their age at the time of arrest, there are various penalties resulting from such a crime. In New Jersey, it is a crime to possess a fake ID. The charge for adult possession and/or use of a fake ID is more severe than that of a juvenile; however, both are serious and have steep penalties. Read on to learn more about what New Jersey law says about fake ID offenses and why it is essential to hire a skilled criminal defense lawyer if you have been charged with possessing or attempting to use a fake ID.

When facing this type of serious criminal charge, be sure that your case is met with a skilled legal team on your side. Contact the experienced criminal defense attorneys at The Montanari Law Group, LLC. for a free consultation.

Under New Jersey law, there are different types of fake ID charges that pertain to different actions.

The above penalties – fourth and third degree felonies – generally apply to adults. It is they who tend to use such falsification to engage in illicit engagements. With certainly some exceptions, juveniles who possess a fake ID do so to falsify their age to gain access to alcohol and tobacco. As such, the penalties for juveniles possessing a fake ID are often much less serious – considered a disorderly persons (minor) offense and not a felony. The result is that the charge doesn’t remain on their permanent criminal record, though there are still penalties such as a $1,000 fine and community service to answer to. However, if the juvenile is charged with making a large number of fake IDs, they could face up to three years of juvenile detention.

What Does NJ Law Say About the Use of Fake IDs? 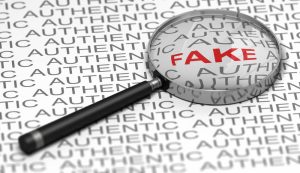 Once you have been charged with a fake ID crime at the age of 18 or older, the offense is on your criminal record and will appear on a background check. Depending on the resolution of the case, the arrest and charges can be removed at a later date through the process of expungement. A juvenile, on the other hand, does not retain this charge on their adult record and juvenile records are not generally accessible to the public at large.

If you or your juvenile has been charged with possessing, using, selling or making a fake ID in New Jersey, there is no question that you need to have the support of a skilled and experienced lawyer on your side. This support could mean the difference in thousands of dollars in fines and years in jail. An experienced criminal defense lawyer can help you negotiate the charge with the prosecutor to mitigate some of the severity. They could even help you disprove the arrest or prove an illegal search leading to the fake ID’s seizure, which means the option for the charges being completely dropped.

Have you been charged with possessing or producing a fake ID? At The Montanari Law Group, LLC, we know how important it is to keep your criminal record clean and continue being a contributing member of society. Regardless of a momentary stumbling block, a fake ID charge should not be allowed to ruin your life or cost you heavily now and in your future. We have years of experience helping clients in Wayne, Paterson, Clifton, Woodland Park, Haledon, Hawthorne, and other towns in Passaic County get their criminal and disorderly persons charges reduced and dropped.