Honoring the Safety of the Victim While Honoring the Rights of the Accused: The Paradox of Criminal Law

The criminal court system in New Jersey is up against a paradoxical reality. 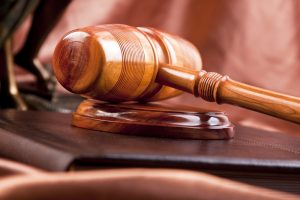 Both victims, accused defendants, and criminal perpetrators are protected under the law. Before a criminal trial, there is what is called a pretrial discovery period. During this time, information is shared between the defendant’s and accuser’s legal counsels. The specifics of what a legal counsel must share with the other side are determined by the New Jersey criminal laws, courts, and judges. Usually, the information required to be shared during the pretrial discovery is fairly straightforward. There are, however, instances in which information generally required by precedent runs counter to the safety or rights of one of the involved parties. In this case, the court must make a judgment. Read on to learn more about what pretrial discovery is and what information is required to be shared among legal counsels. A recent case prompted New Jersey criminal courts facing a precedent-breaking ruling due to circumstances of the case.

What is pretrial discovery?

The criminal justice system in New Jersey and around the country applies procedural rules outlining how evidence is entered regarding a criminal investigation. It specifies what type of evidence must be entered into the shared record as well as with whom. Because a defendant is innocent until proven guilty, the vast majority of evidence collected regarding the case is by the prosecutorial side. According to New Jersey law, all evidence that is gathered by the prosecution during the course of their pre-trial investigation must be shared with the defense; in other words, the defense must know what evidence is mounted against the accused, so they can properly defend themselves. This is called discovery.

There is a myriad of information provided to both sides of the case in the discovery period. Such documents include police reports, names and addresses of the victims and witnesses who were present at the time of the crime, statements recorded to police and other interviews conducted by police, photographs and other evidence from the crime scene, etc. Other information not directly related to the crime itself but providing important perspective, including criminal background records, prior medical or psychological records, etc., can also be requested and must be shared during the discovery period. The majority of the information gathered, then, must be shared with the opposing legal counsel during the discovery period, before the trial. However, as new evidence is brought to light, even during the trial, it must immediately be shared. According to Rule 4:10-4 in New Jersey criminal law, which speaks to the discovery period and its timing, there may be no delay in the provision of evidence gathered.

Read on to learn about a recent case in which information that is usually, by precedent, shared was determined not to be appropriate, as ruled by the New Jersey Appellate Division of the Superior Court.

A Case of Non-disclosure 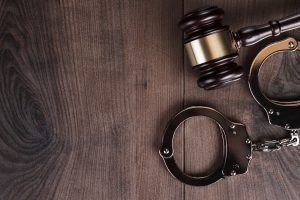 In June 2021, the New Jersey Appellate Division ruled that the trial court’s demand for particular information by the prosecution side during the pretrial discovery period was not founded. In State v. Ramirez, the accuser’s legal counsel, submitted a motion for a protective order that would allow the victim to withhold her personal address information. The reason for this motion was that the victim claimed that the accused had held a boxcutter to her throat, threatened to kill her, and admitted to the murder in another country. On the other side, the defense claimed that such information was essential to mounting a proper defense.

The trial court denied the victim’s motion, as such general information is exchanged during the pretrial discovery, and the defense had a Constitutional right to all of the information that would be necessary to mount a complete defense.

On appeal, the Appellate Division found that the lower court had abused its power to demand that such information be shared. According to the court’s decision, it potentially put the victim at physical risk, let alone amplified her trauma, and this took precedence over the defendant’s right to all pertinent information.

Given the nuances of a case-by-case pretrial discovery period, it is essential to have the support of a skilled criminal attorney if you or someone you loves has been accused of a crime in New Jersey.

You deserve to be fully protected and fairly represented in a criminal trial. If you are subject to an investigation, have been charged with a criminal offense, are facing an indictment, or have been served with a temporary restraining order, we are on your side.

To discuss your case with one of our knowledgeable criminal defense lawyers today, contact us online or through our offices at 973-233-4396 or toll-free at 888-877-7985 for a free confidential consultation.