How Has the Bail System in New Jersey Changed?

The days of a cash or bond bail have gone the way of the dinosaur. Defendants are now facing a different set of rules. 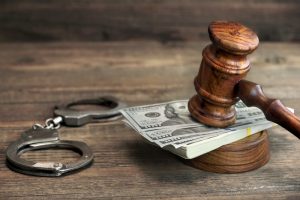 As of January 1, 2017, New Jersey decided to save immediate incarceration for the most serious offenders; those considered a flight risk or a danger to the community before their indictments or trials. The decision was made because New Jersey correctional facilities were bursting at the seams, the existing bail system favored those with economic means, and something had to be done. Now, the court determines if a suspect should be released or not if the court considers that the person will: attend a trial, be a menace to the community, or seek to block the justice process. Defendants must be indicted within 3 months of their arrest to avoid long prison stays for those who are ordered to stay in custody.

The days of a cash or bond bail have gone the way of the dinosaur. Defendants are now facing a different set of rules. It makes no difference if they have the financial resources to pay a bail amount. If the court determines the need to imprison them for the reasons stated above, no amount of money will effectuate their release.

The approach is based on a Public Safety Assessment (PSA), which takes nine variables into account to determine the likelihood of new criminal conduct, the possible safety risk to others or the public if a defendant is released, and the defendant´s probability of failure to appear. The PSA gives the courts license to decide when pretrial detention is a necessity. The defendant’s release or further incarceration must be decided within 48 hours of his or her arrest. Most defendants are anticipated to be released on their own recognizance (or “ROR’d”) under the new statute.

How Does this Pretrial Detention Change Affect the Community? 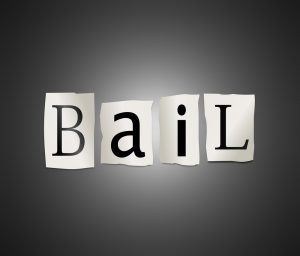 The defendant’s appearance in court, the community’s security, and if the defendant would represent an attempt to thwart the process are all determining factors. The defendant’s release, release with conditions, or maintenance in jail must be examined and determined within the mandatory timeframe in order to avoid people being charged and detained indefinitely. That being said, most defendants are expected to be set free on their own recognizance (or “ROR’d”).

By allowing low-risk suspects to stay at home rather than staying imprisoned, they can keep their jobs, providing stability for their family. Permitting defendants who have yet to be found guilty of what they are accused of, and who meet the required criteria, to stay out of jail while their case is ongoing, bestows upon them the opportunity to maintain some sense of normalcy for themselves and their families. People detained can lose their jobs, causing them to become financially wrecked, even unable to pay for a place to live, be that rent or a mortgage. Being the breadwinner of the household, caring for loved ones can put a serious burden on their families when steady income is unavailable.

Frequently, people will accept plea bargains for crimes they did not commit to get out of jail and return home. The plea bargains stain the defendant’s record making it harder to find gainful employment. Thus, a single choice at the outset of the criminal justice process has the potential for causing roadblocks between the charged individual and education, employment, or housing.

What Do the Changes to Bail Procedures and Rules Mean?

This new system allows for a review on a case-by-case basis to determine if incarcerating a defendant is truly necessary while awaiting trial. There are many factors for a judge to consider, such as previous convictions, violent crimes, other missed court dates, or gang affiliations.  What is innovative about the 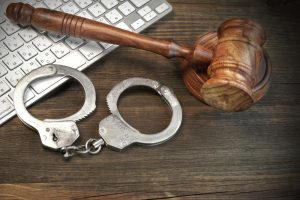 program is allowing the defendant to take control of his or her situation rather than simply relegating them to prison. It takes into account the big picture and allows the majority of defendants to continue living their lives.

It should be noted that there are cases in which the state is compelled to keep the defendant in jail. An accused person is not defenseless, however. A detention hearing is when the judge decides whether the accused will be released on their own recognizance, released with monitoring, or detained pending further hearing or trial. When this occurs, a dedicated criminal defense attorney who has appeared at numerous detention hearings is a must.

When a court places restrictions on a defendant’s pretrial release, he or she is assigned to one of three levels of pretrial monitoring: which range from simply checking in by phone once a month to the New Jersey Pretrial Services Unit, checking in physically or by phone alternating weeks, or they are required to stay home and use an electronic ankle device. Anyone who breaks the conditions of their pretrial release could be taken into custody until trial.

Overall, the setup for New Jersey’s new bail system addresses what previously denied defendants equal opportunity under the law. Those who could pay saw freedom (albeit temporary), and for those who could not, income lost, the provider of the family no longer there, inability to care for their children, and much more. New Jersey lawmakers recognized that pretrial detention reform was not just a financial issue, but a social issue as well. At the end of the day, removing monetary bail in favor of individualized risk-based detention decisions, is a way of leveling the playing field.

If you or a loved one has been arrested and has an upcoming bail hearing in Passaic County, allow us to go to bat for you. Criminal hearings and trials require the knowledge and practical skill of defense attorneys who can guide you through the process and represent your best interests. Our team at The Montanari Law Group can work with you every step of the way. When defending your freedom and entrusting us with your future, your case is in good hands. We successfully defend clients facing all types of criminal charges in West Milford, Passaic City, Clifton, Haledon, Little Falls, Paterson, and Woodland Park. From the outset of your case, including a detention hearing in Passaic County, our criminal defense lawyers will zealously argue on your behalf and do everything we can to turn the tides in your favor.