The New Jersey Supreme Court has ruled that as a result of the Covid-19 pandemic, some people who are currently in the state’s jails while awaiting trial will be released. 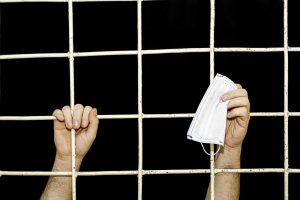 The ruling, which came in early February 2021, is another reflecting New Jersey’s progressive stance on judicial reform. While the move by the NJ Supreme Court was actually a rejection of a proposal to release hundreds of people currently residing in the state’s jails while awaiting trial, the high court did determine that some who are awaiting trial in jail would have their detention reconsidered as a result of the pandemic.

“Covid-19 has created an ongoing health crisis of enormous proportions for all of society — including individuals held in jail,” wrote Chief Justice Stuart Rabner in the court’s opinion. One of the specific issues that Chief Justice Rabner spoke to was the need for lower courts to consider the person’s general health and consider whether the detainee’s health has deteriorated since their original hearing. By attuning to this trajectory, the courts can determine whether a person is at a higher risk for illness from Coronavirus based on their immune system’s strength and not only their general health.

One of the biggest issues facing the courts and those being detained awaiting trial is that the flow of cases moving through the courts had come to a standstill and then trickled due to Coronavirus, creating a heavy backlog. As a result, all seven New Jersey Supreme Court judges agreed that lower courts would need to consider allowing those awaiting trial who have already spent six months in jail to go free for the time being if they have been accused of a minor crime. Those facing murder charges or life imprisonment would not be considered for release until the start of their trial, even those at greater health risk. The high court highlighted that those with health risks who had committed a minor crime should be considered especially for release.

The Timeframe for Detaining a Person Awaiting Trial

The time frame within which a trial usually begins – and therefore the amount of time a person would generally be detained if they posed a risk of running from the law or hurting someone – is six months. Because of the backlog, nearly 5,000 people are in jail, some of them approaching or exceeding that traditional six-month mark.

The American Civil Liberties Union argued that anyone who has been in jail for at least six months and has a charge pending of a second-degree offense or less should be released. First- and second-degree offenses include robberies, assaults, and arsons, among other minor offenses. While the seven New Jersey Supreme Court judges agreed on the six-month mark as a marker for release, they did not agree with the ACLU on the specific people to be released, noting that not all second-degree offenses are the same. As such, some of those accused of committing such crimes pose more of a threat to the public than others.

Response to the Court Ruling

Alexander Shalom, an attorney representing the New Jersey chapter of the ACLU, said in a statement that even though the judges did not rule in favor of releasing all nearly 650 people detained while awaiting trial of second-degree or minor crimes, the group was “gratified that the court recognized a desperate need to address the crisis.” He continued, “With this ruling, the court will ensure that people have some way to challenge their prolonged confinement in an unprecedented environment.” 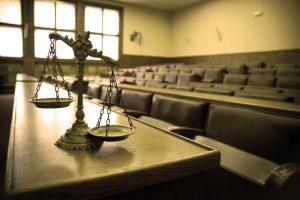 New Jersey court records show that of the nearly 5,000 people who are currently being detained. At the same time, they await trial; just over a third have been accused of the most severe first-degree crimes and will not be eligible for release due to Coronavirus. A slightly smaller third of detainees have been accused of second-degree offenses, while 20 percent face first-degree charges, and only around 300 people have been charged with the lowest crimes.

New Jersey has a highly punitive justice system, but it has also housed many of the country’s most progressive rulings recently. For example, Governor Phil Murphy signed into law a bill at the beginning of 2020 that made it easier for inmates to maintain contact with their children and rendered shackling devices and solitary confinement for pregnant inmates illegal, while other recent laws have released many juveniles and inmates serving for minor crimes from jail.

The highly experienced New Jersey Criminal Law at The Montanari Law Group regularly assists clients in Passaic and Essex counties with expungements, municipal court, and other criminal law matters. With offices in Little Falls, we are honored to serve as trusted legal resources for surrounding communities.

Our commitment to excellence permeates our firm and is reflected in the personalized service and superior outcomes we regularly deliver to our clients. If you have questions about your personal case, contact us today at 973-233-4396 for a free consultation.