What Are My Rights After Resisting Arrest in New Jersey?

Facing charges of resisting arrest in Passaic County or Northern NJ? Be sure to know your rights and find counsel to advise you along the way. 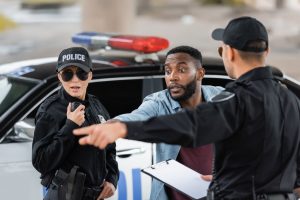 Being arrested is a frightening prospect. Running away or trying to prevent being restrained are natural reactions that any person would have—especially those who know they are innocent. Unfortunately, doing so is a crime in New Jersey.

If you cooperated and the judge later agrees that the police made a false arrest, then your lawyer could argue that the entire case should be thrown out (if significant evidence was collected after the false arrest occurred). More importantly, it is not a defense to a resisting arrest charge as long as the officer appeared to be making a proper arrest (i.e., the officer identified himself and stated he was making an arrest).

What Are the Penalties For Resisting Arrest?

Penalties for resisting arrest vary greatly based on the extent that the defendant resists the arrest. Simply attempting to resist arrest is a disorderly persons offense. This is usually the appropriate charge when the defendant was only accidentally resisting. If the person purposely resists or tries to resist by fleeing or running away, it is the 4th degree. It is a crime in the 3rd degree to use violence, threaten violence, or do anything else that puts the officer or public at risk, and the penalty could include a jail term of 3 to 5 years and a fine up to $15,000.

What Does the Prosecutor Need to Prove?

The elements of resisting arrest vary depending on the type and degree of the offense. For example, if you’re charged with resisting arrest under a disorderly persons offense, the prosecutor must prove that that the person making the arrest was a police officer, you were aware that she/she was, in fact, law enforcement, and/or you purposefully attempted to prevent the officer from making an arrest.

The prosecutor must prove additional or different elements for other types of resisting arrest. Prosecutors sometimes have difficulty proving all the elements of a resisting arrest offense. For example, if you did not understand that the officer was trying to arrest you, the prosecutor might have difficulty proving that you intended to prevent an arrest. However, these cases are tricky for defendants as well, and it is often necessary to present your own evidence or testimony to refute elements of the charges. The prosecutor bears the burden of proving a case of resisting arrest beyond a reasonable doubt. Thus, a typical defense strategy involves arguing that he/she did not meet this burden.

What Are the Consequences of a First-Time Arrest? 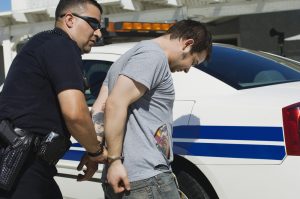 A person with no prior convictions charged with Resisting Arrest could avoid jail time, depending on the charge’s level. Fourth-degree Resisting Arrest (running away) carries what is known as a presumption of non-incarceration (PNI). This means a person may not be sentenced to time in prison upon conviction.

However, third-degree Resisting Arrest (involving violence/injury or fleeing in a vehicle) is exempt from PNI. That means, even under the best circumstances, a person can still end up in prison upon conviction. Likewise, judges are allowed to waive a PNI after considering possible aggravating factors, such as the crime he/she was arrested for, his/her overall demeanor, and the possible risk to the community.

Regardless of whether this is a person’s first offense or if he/she has had run-ins with the law before, it is critical to hire a skilled criminal defense attorney.

The important thing is that you immediately retain a knowledgeable, experienced attorney if you are up against this charge, someone who can provide you with the representation you need.