Could New Jersey Benefit From A Putative Father Registry

Could New Jersey benefit from a putative father registry? 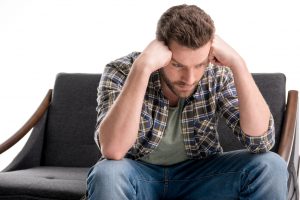 We’d like to start off this week’s post by having our readers consider a case out of another state that grabbed national attention a few years ago. The case involved a man by the name of Chris Carlton, who, after returning home from a deployment, learned that he not only had a daughter but that she was given up for adoption without his consent. His case was significant to the entire nation because it raised questions about fathers’ rights and whether the law is truly protecting them.

The reason we are bringing up this case is because of a particular registry that has been adopted in at least 25 states as of 2014, according to the most recent data from the Child Welfare Information Gateway. Called Putative Father Registries, these registries put the names of potential biological fathers on record with the state in exchange for a history of sexual partners. Although New Jersey currently does not have a putative father registry, the Carlton case does beg the question: would such a registry be beneficial here in our state?

If we consider what happened in the Carlton case, our readers can see that the answer could be yes. As was explained in the 2014 article in the Atlantic, if Carlton’s name had been on a putative father registry, then even if he didn’t know he was a biological father, the state would, affording him his parental rights. If a registry were to be put in place here in New Jersey, similar protections could be made to the rights of fathers across our state. Legislation such as this doesn’t happen overnight though, which is why our Woodland Park readers probably won’t see protection like this any time soon here.