What are the chances of getting a DUI dismissed in NJ?

Driving under the Influence (DUI) Attorneys fighting for clients in Woodland Park, Wayne, Paterson, and across Passaic County NJ 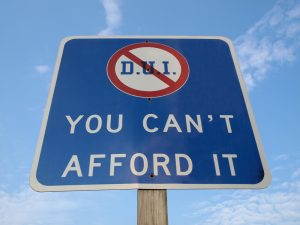 Driving under the influence is a serious charge in New Jersey. It can have long-standing effects on your record and your ability to move about freely, even resulting in jail time in some cases. However, being arrested for driving under the influence of drugs or alcohol doesn’t necessarily mean that your attorney won’t be able to win the DUI case, freeing you of charges.

The New Jersey state judiciary reported that in 2017, 71 percent of DUI charges resulted in guilty verdicts, down from 85 percent ten years prior. In addition to that decrease in guilty verdicts, the number of guilty charges that were dismissed by the court rose to nearly one out of every four cases – 24 percent. These statistics show the promise of beating a DUI case with an experienced attorney.

There are many reasons judges throw out DUI cases. Below we’ll explore just a few of those. If you or someone you love has been arrested for driving under the influence of drugs or alcohol, be sure to contact a lawyer to help you investigate whether any of the following dismissable causes occurred at the time of the arrest.

A breathalyzer is a tool that measures blood alcohol levels through a simple breathing device. According to The Encyclopedia of New Jersey, the state was the first in the country to use the breathalyzer when the New Jersey Turnpike opened in the mid-1950s. Just because the tool has been used for decades in New Jersey doesn’t mean that it isn’t often misused, causing faulty readings, however.

Legal procedure for an arrest after determination of driving under the influence of drugs or alcohol is strict and straight-forward. Any derision from these procedures could result in the case being thrown out by a judge. If officers set up a DUI checkpoint, there are specific procedures that must be followed including permission from supervisors to set up the checkpoint and providing adequate lighting and signage. Additionally, officials must give public notice that there will be a checkpoint. While this does run the risk that an inebriated driver will avoid checkpoint areas, it is a legal necessity whose absence could result in the dismissal of a DUI case.

Even in the case of a checkpoint, an officer must have probable cause to submit a person to a field test. If an officer stops a vehicle and demands that the driver take a Standardized Field Sobriety Test without having probable cause to believe that the accused was impaired while driving could be grounds for dismissal of the case.

Upon determination of arrest, the reading of one’s fifth amendment Miranda rights must absolutely happen, including the stated right to remain silent and the right to an attorney. The absence of the statement of these rights to the arrested party nullifies the legal standing of the arrest. 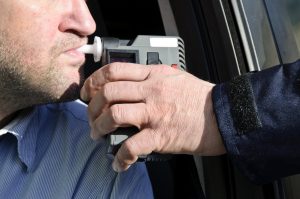 A Standardized Field Sobriety Test is one of an approved set of tests developed by the National Highway Traffic Safety Administration. These tests are used nationwide to determine a suspected driver’s level of inebriation and include the Horizontal Gaze Nystagmus test (HGN), the Walk and Turn test, and the One-legged Stand test. Each of these tests has objective, measurable factors that an officer uses to determine intoxication. If it is determined that the officer strayed from these measurable factors when evaluating inebriation, the case may be dismissed.

Accuracy of tests come into question

Additionally, when these tests were developed many years ago, the legal alcohol concentration limit was .10 percent. Now, however, legal limits are lower, and that places some of these Standardized Field Sobriety Tests in question for their accuracy according to today’s standards. Therefore, even if an officer uses measurable standards to determine inebriation, an attorney could prove that the test doesn’t align with the state’s legal limits.

Tests can be ruled unreliable

If an officer uses a Non-Standard Field Sobriety Test, a judge may rule that the test is unreliable and the case must be dismissed. Such non-standard tests include the Hand Pat test, the Finger-to-Nose test, the Romberg Balance test, and the Backwards Alphabet or Number test. These tests are considered unreliable because they are difficult for the average sober person to complete cleanly, and therefore, failure to complete the test does not necessarily mean inebriation beyond the legal limit.

At The Montanari Law Group, we are experienced supporting our clients across in Little Falls, Woodland Park, Wayne, Paterson, and across Passaic County with all DUI charges.

Our unique approach focuses on finding solutions that protect the rights of our clients after an alcohol- or drug-related driving arrest.

To speak with our firm today in a comprehensive and confidential case assessment regarding your DUI charge, please call 973.233.4396 to receive your cost-free consultation or visit our online form.