Palimony attorneys with offices in Little Falls serving clients in Woodland Park, Wayne, and across Passaic County and Northern NJ

So you’ve been in a long-term relationship with a partner in New Jersey, but you aren’t married. Given how marriage law and precedent have evolved over the last decade, making some non-traditional partnerships legally standing, many couples who are separating from long-term unmarried relationships expect the legal system to protect them in the same way it would a couple exiting their legal union. There are many nuances to divorce law, making the territory rife with confusion and unexpected roadblocks when it comes to separation. Read on to learn more about how New Jersey law handles financial support for a partner of an unmarried relationship as it is ending, a concept called palimony, which is the equivalent of alimony paid to one partner in a traditional divorce.

What is traditional support among divorcing couples?

When a couple separates from a legal marriage through a divorce proceeding, one partner is often required to provide some short- or long-term financial support to the other. The amount and longevity depend on the marriage circumstances, but the purpose is to allow both partners to maintain their marital status quo and lifestyle. Some of the circumstances determining how much will be paid in alimony support payments and for how long is, of course, the necessity one partner has for financial support. One partner could require financial support because they gave up their career to be a homemaker or to become a full-time parent, for example. Other factors that determine alimony payment include the length of the marriage, whether one spouse financially supported the other through professional or educational training, how old the partners are, what their health status is, etc. In addition, if children are involved, the custody arrangement will be taken into account, as alimony payments may be granted to a custodial parent in addition to child support payments. A New Jersey Superior Court: Family Part judge will carefully review the circumstances of the partnership and make a sound determination of a fair alimony payment.

What is the difference between alimony and palimony?

Many separating couples who are unmarried get caught up when trying to comprehend New Jersey divorce law and how it applies to them. In fact, there is an element of New Jersey law that does specifically address separating long-term partners who were never legally bound in traditional marriage. This element of New Jersey legal tort is called palimony. Palimony means financial support is provided to an ex-partner of a long-term, unmarried relationship. While palimony does carry some aspects similar to alimony, it varies substantially. The most recent legal precedents regarding palimony have been in place since 2010.

Until 2010, to claim palimony as a legal right, there had to have been either a written agreement between partners that one would financially support the other long term, or there had to be an implied agreement of this support. With the turn of the last decade, the New Jersey Superior Court: Family Part tightened requirements, making the only legally viable method of receiving court-ordered palimony a written promise. As one could imagine, this requirement of having a written agreement of long-term financial support before separation as the only way to legally claim a right to palimony greatly reduced the number of claims for palimony. 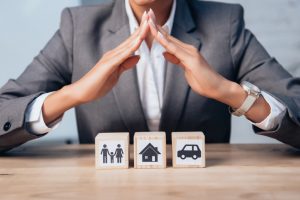 There have been many cases in which claims for palimony were not awarded. One recent and well-known New Jersey case involved a long-term couple who chose not to get married and did have two children together. Both adults worked, and each brought a substantial salary home, which they kept largely in separate bank accounts. The only assets they shared were a couple of home investments. When the couple decided to separate, one partner sought palimony. The New Jersey Appellate Court followed up with the Superior Court: Family Part’s ruling that the partner was not entitled to palimony because her status quo would continue the same following the separation, given that she had continued working, maintained a separate bank account and had a salary of over $100,000. Had the couple had a written agreement that her partner would support her financially following a separation, this could have changed. However, in the absence of a written agreement, the courts ruled that palimony was not required.

To ensure you receive your fair share in separation from an unmarried partner, you must have the support of a family law attorney.

Contact our Family Law Attorney for a free consultation

If you are seeking palimony, we’ve got your back.

Call us at 973-233-4396 to discuss your case over the phone or fill out the online contact form to schedule a meeting at our offices in Little Falls.