Meaning and Inner-Workings of Sole Legal Custody in NJ 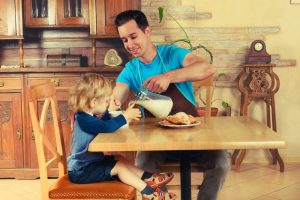 When it comes to raising children, parents want what is in the child’s best interest. The New Jersey Family Court wants this, too; child welfare is the central pillar of any decision regarding custody and child support. There are two types of custody: legal and physical custody. It is important to have a central role in both if you want to ensure that the best interests of your child are carried out.

If you are seeking sole legal custody of your child, contact a member of our legal team at The Montanari Law Group today by calling 973-233-4396 or completing the online intake. We serve clients in Prospect Park, Passaic City, Paterson, Woodland Park, Paramus, South Orange, Nutley, Millburn, Bergenfield, Ridgewood, and other parts of Northern New Jersey. Read on to learn more about the less known of the two types of custody in New Jersey: sole legal custody.

What Does “Sole Legal Custody” Mean in NJ?

The Process to Obtain Sole Legal Custody in New Jersey

Depending on the situation that necessitates sole legal custody, it is sometimes the best option for a family. If parents cannot work together because of conflict, it is often best that they have as little communication as possible, especially when it regards decision-making for the child. This is one advantage of sole legal custody; it cuts conflict out of decision-making. Additionally, sole legal custody can be advantageous if the other parent is an inconsistent or unhealthy influence, as this dynamic would remove the important element of stability from a child’s life.

Sole legal custody isn’t always a great thing, however. There is a huge benefit to having two people involved in decision-making if they can overcome conflict. Having conversations about big decisions in the child’s life can lead to more balanced decision-making. Additionally, when one parent is left out of decision-making, they can often feel that they don’t play a viable role in the child’s life. The child could grow up with a complex that one parent is the actual parent, while the other is nothing more than biological. Or, the parent could become disgruntled and either separate themselves from the child over time or react in unhealthy ways.

The New Jersey Superior Court: Family Part considers what is in the best interests of the child. In order to do so, they look at each parent’s relationship with the child, whether they are a stable member of society, and whether they could be a dangerous influence, as in the case of drug and alcohol abuse or domestic violence. The Court will generally lean toward shared custody in the absence of any telling signs of a threat to the child’s best interests.

Even in the case that no one parent has shown actively abusive or dangerous behavior regarding the child, the Court may grant sole custody to the parent who has displayed better judgment and appears a better fit for sole custody, even though the other parent is not explicitly unfit. For example, in M.I. v. J.I. a divorcing couple has a serious conflict, and it is a possibility that the Court will grant sole legal custody to one parent so that opportunities for the two parents to come together are diminished. For this reason, it is essential to attempt to collaborate with your ex in custody talks, even if you are not an explicit danger to your child. 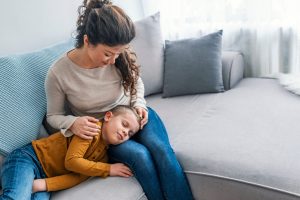 As is clear, custody is a delicate issue that has longstanding effects. Because you could lose custody of your children even in the absence of abusive, dangerous, or criminal behavior, you need a family law attorney who frequently represents clients in custody cases to fight in your corner. In addition to helping the Court see your fitness for parenting, they will help mediate collaboration between the divorcing spouses so that the best interests of your children are honored and you remain a central part of their lives. If you are in a custody battle or are interested in requesting sole legal custody of your child, contact a member of our team at The Montanari Law Group. Our custody and family lawyers are ready and dedicated to assisting you in Newark, Teaneck, Little Falls, Wanaque, Rutherford, Hoboken, and other towns in Passaic County, Bergen County, Essex County, and Hudson County. Schedule a free consultation at 973-233-4396, and let us help you address the unanswered questions you have and map out the right path to move forward.