Process to Reverse a Custody Decision in New Jersey

You Can Explore Your Options for Filing an Appeal if you Disagree with the Judge’s Decision in a Child Custody Case in Montclair, Wayne, West Milford, Paramus, and the Northern New Jersey Area. 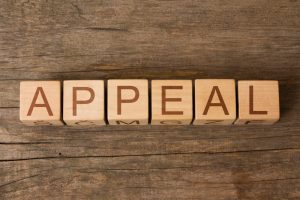 If you disagree with a judge’s decision in Family Court regarding your children’s custody, you can file for an appeal.  Your appeal will be decided in the Appellate Court or Supreme Court.  This kind of appeal is different in that you will not be able to enter new evidence or facts which you deem pertinent to the success of your case.  It is not a mulligan or a “do-over” but a review of the decisions made by the Family Court.  You will be required to show where the court failed to interpret the law when custody was decided.  This appeal is about the legality of the court’s proceedings and decisions.  The Appellate Court has four choices:  the original judgment can be set aside, confirmed, partially changed, or a new trial can be requested.

If you believe that the judge made a mistake in their interpretation of the law, you can file for an appeal as long as the original trial has ended and the final order has been rendered.  However, it usually cannot be appealed if the judge issues a temporary or non-final order.  Temporary orders are sometimes used during the actual custody case as a stop-gap solution until a formal decision has been made.  Once a complete order has been finalized, you have the right to file an appeal.

An appeal is rather complex, and it would be best to hire a family law attorney to help you.  You have 45 days to prepare from the date you receive the Family Court’s decision. There is a lot that has to happen in a concise period. You must first file a notice of appeal and pay the corresponding filing fee ($250) within the aforementioned time limit.  Writing your own notice of appeal can be a daunting task.  Any mistakes made in the format or information provided could jeopardize your appeal. The other side of the case (the defendant) must be notified of the appeal either through their attorney or directly to them.  There are procedures to be followed, so you should leave this to your attorney.

A brief must be filed which explains the potential errors made by the judge in Family Court.  It includes a short summary of the procedural history of the case you are appealing.  It also lists the facts the Court agreed were true and any documents supporting that.  It is important to note that new documents that were separate from the first case cannot be included in the brief. A legal point-by-point discussion of where the decision was incorrect based on the court’s application of the law ends the brief.  The brief should include an appendix that contains pretrial orders, the original complaint and its answer, and exhibits used in the first case, among others.

Is Appealing a Child Custody Decision Always an Option in NJ?

Before discussing reasons to appeal a child custody decision, it is good to review some of the limitations of this kind of appeal.  First, the higher court, while using the best interests of the child standard, will base its decision on the principles that the lower court gave, based on the existing transcripts and the appellate brief your lawyer creates.

It isn’t easy to win an appeal of a child custody case’s final ruling.  You are basically saying that the judge did a lousy job, and you deserve an opportunity to explain how that happened.  Your appeal should talk about legal mistakes or inconsistencies in applying the law.  If the judge didn’t keep the best interests standard completely in mind, failed to permit evidence, misinterpreted the law, or was unable to recognize improper behavior by the other parent.

Different Types of Evidence for Your Custody Appeal

The brief submitted by your attorney and the transcripts of your original case are some evidence.  There are arguments you can offer to make your position a more favorable one.  One is to claim that the judge failed to apply all the best interest factors when deciding with whom the child would be best suited. This is called an “error of law,” and it is the strongest grounds for a child custody appeal. Second, the judge could make an error about the facts of the case. If in the appeal, it can be proven that the judge made a factual error that affected the outcome, and the appellate court finds that the judge was clearly in error, an appeal can be won. The last option is the hardest to prove, and it is that the judge abused their discretion.  Judges have the discretion to accept or deny objections, choose what evidence is admissible, and grant or deny motions, among others.  Appellate courts are reticent to strike down a decision under the speculation that a judge may have misused their discretionary powers. It must be shown that despite the facts presented in the case, the judge’s decision was illogically contrary to the evidence and testimony put forth. 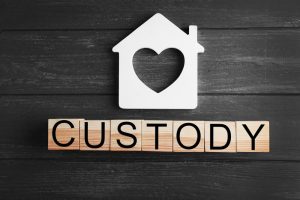 Costs Associated with a Motion to Appeal a Custody Order

What everyone wants to know upfront is how much an appeal will cost.  It is a risky investment but well worth it when you know it is what is best for your child. An appeal is not a quick process.  It can last a year or more.  Attorney’s hourly fees can run from $200 to $800 per hour.  They have to research and argue your appeal, making sure to submit all forms and documents to the court in a timely manner.  If the parent who filed the appeal loses, they must pay the other parent’s legal fees.  There are transcript fees that can run up to $1,000 a day. An appeal could cost you from $5,000 to $25,000 or more.

Can I Reverse a Custody Decision Without a Lawyer?

An attorney is not required for an appeal, but it is highly recommended. The procedure alone for an appeal is dizzyingly confusing.  Specific details must be followed, such as the kind of binding used for evidence, the font, and the number of words or pages.  Some briefs must be filed in both hard copy and electronic form.  It is not a good time to pinch pennies when you want to appeal a child custody case.

How Can a Lawyer Assist with Appealing a Child Custody Matter in NJ?

Our lawyers can identify the aspects of your case that can be appealed.  We can get the court documents, transcripts, and evidence together to send to the Appellate Court.  With experience handling motions to appeal custody cases in New Jersey, our attorneys can make an oral argument, research, and write a brief supporting your argument. The attorneys at the Montanari Law Group provide compassion and support to our clients in Northern New Jersey, including Passaic County towns and cities such as Hawthorne,  Paterson, Totowa, Haledon, and Little Falls.  We know that custody battles are draining and stressful.  Our job is to provide you with the best legal counsel and protect your rights.  Your children come first, and we will help you fight for their well-being.

We can be reached at (973) 233-4396 or by accessing the online contact form. Contact us today for your free consultation.  Remember, you only have 45 days to submit your appeal.  Let’s start on it today.