How Child Custody Works when the Custodial Parent Dies in NJ

Alternatives After the Passing of the Custodial Parent in New Jersey

The Decisions of the Non-Custodial Parent, Surviving Relatives, or Third Parties Should Focus on the Best Interest of the Child 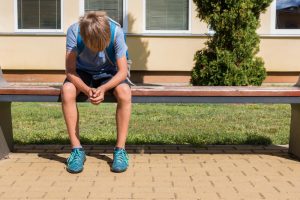 New Jersey custodial arrangements are carefully configured to ensure that a child’s best interests are met. A custodial arrangement includes who has the legal right to make decisions regarding the child’s upbringing, such as regarding their medical care, their religious upbringing, and choices regarding education. In many cases, both parents share some form of legal custody; in others, only one parent has custodial rights. The custody agreement also includes decisions about whom the child will spend the majority of their time with. The primary caregiver for the child is called the custodial parent. Depending on the circumstances surrounding the custody arrangement, many non-custodial parents have visitation rights if it is deemed safe for the child, and continue to play a large role in the child’s life. What happens, then if the custodial parent dies? Does custody automatically go to the non-custodial parent?

Possible Scenarios after the Passing of the Custodial Parent in NJ

There are many situations in which biological parents share or do not share custody that could be affected by the death of the custodial parent. Biological parents could be divorced or have never married. Additionally, the custodial parent could have remarried. When it comes to all matters regarding children in New Jersey Family Law, the Superior Court: Family Part holds as its highest priority the best interests of the child. There is no standard definition for what “child’s best interest” means, but certain factors are always taken into consideration. For example, the Superior Court of New Jersey considers that it is in a child’s best interest to spend as much time as possible with both parents, for their socioemotional health. If it is safe for a child, the Court will likely grant some form of shared custody or ample visitation, supervised or otherwise. As safety is the highest priority, a parent’s history of drug use, illegal activity, or domestic violence will not bode well for their custody rights. Additionally, the Court generally bases its decisions on an attempt to maintain stability for the child. Depending on the child’s age, the Court may take the desires of the child into consideration.

Learning from a Previous Case in Watkins v. Nelson

In Watkins v. Nelson (2000), the New Jersey Supreme Court overturned a decision by both lower courts to grant full custody of an infant to the child’s maternal grandparents when the mother tragically died shortly after birth. While the lower courts granted that such a passage of custody was in alignment with law according to the child’s best interests, the Supreme Court ruled that the surviving, non-custodial biological parent has a right to custody that supercedes the best interests clause, unless there is proof that the biological parent is unfit due to “proof of gross misconduct, abandonment, unfitness, or the existence of ‘exceptional circumstances,’ but never by a simple application of the best interests test.” As such, the precedent was set that the biological parent’s right to custody outweighs other measures for the child’s best interests except in extenuating circumstances.

Can a Provision in the Event of Parental Death be Included in a Custody Agreement?

It is possible for the parents to agree upon custody of the child in the event of death in a custodial agreement, but it will be reviewed by the Superior Court: Family Part at the time of death to ensure that the circumstances still stand. Also, if the surviving biological parent was not named as the resulting custodial parent, the Court will give that parent a right to custody. As such, any arrangement in a custody agreement or Last Will and Testament can be overturned by the Superior Court: Family Part, which is the legal body that decides custody in the event that a custodial parent dies. 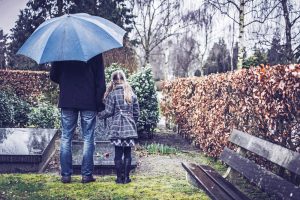 Options for a Third-Party Requesting Custody

If the biological parent does not desire or is not fit to receive full custody, a third-party may petition for custody of the child. This could be grandparents, the new wife or husband of the deceased, or another close third party that can prove it is in the child’s best interests to be adopted by that person.

In a delicate situation such as the death of a child’s custodial parent, one must have the support of a family law attorney to ensure that a new custody arrangement is swiftly and fairly drawn up in the best interests of the child and representing the legal rights of the surviving biological parent. Whether you are the surviving parent or a third party in whose care the child would thrive, contact us to ensure that the child maintains consistency of routine and loving care while they transition and heal from the death of their custodial parent.

At Montanari Law Group, we have supported non-custodial caretakers to obtain custody of a child in the event that tragedy or sickness strikes in Hackensack, Totowa, Ringwood, Clifton, Newark, Bergen County, Essex County, Passaic County, Hudson County, and throughout Northern New Jersey. We want the best for the child you, too, care about, and we will work to ensure that you play a major role in that child’s life moving forward. Contact us today at (973) 233-4396 to schedule an informative consultation.