If you are handling the divorce process and on top of that you have been abused or subject to misconduct by your spouse, you might be entitled to seek compensation for your damages. 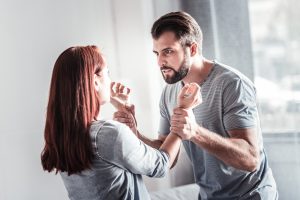 All too often problems arise during a marriage that leads to a divorce. A culmination of events and emotional isolation a person feels are common catalysts in seeking a divorce.  As divorce attorneys, we regularly see a husband or wife discount or downplay the severity of the acts committed by their spouse when in fact, the actions are considered to be justification for a marital tort.

Generally, a marital tort in New Jersey is actionable and must be filed when the Divorce action is filed. When done correctly, a marital tort claim can result in damages payable by the offending party to the aggrieved spouse as compensation for the harm done.

Not bringing the claim or failing to handle it properly can result in losing the claim and the financial compensation that may have otherwise been awarded.  When filing for divorce, if you have been the victim of a marital tort, consult with a divorce attorney well versed in this area of the law. Call The Montanari Law Group, LLC. at (973) 233-4396 to find out more and read on to see if your case may be impacted by a marital tort claim.

What is a Marital Tort?

A “tort” is essentially a wrong committed by one person against another. The tort causes some harm to the other for which he or she should be responsible.  Torts are civil claims and are not necessarily criminal but they can include conduct that could otherwise be considered criminal in nature.  In the context of marriage, there are certain acts or outcomes giving rise to harm against the other person.  For example, domestic violence, physical abuse, and emotional distress are all marital torts.

Domestic violence is an act defined in the statute that one person commits against the other in the relationship.  More often than not, domestic violence involves physical violence and harm to the other person.  Sometimes, the abuse includes emotional harm or distress caused by repeated acts over time.

Other marital torts include passing a sexually transmitted disease (STD) to the spouse, rape, criminal restraint, excessive force, wiretapping, dissipation of marital assets, false imprisonment, defamation, wrongful death, and others. The manner in which a marital tort is committed varies depending on the unique facts of each case.  However, some fact patterns are more common than others in marital tort actions.

How Does a Marital Tort Occur in NJ?

Marital torts may not be committed overtly.  Generally, your spouse does not come with a warning label that says “beware-I commit marital torts.” Instead, the offensive behavior can occur over time and usually begins with small things.  For instance, you and your spouse may have gotten along really well when you first met, dated, and got married. Then, over time, he may have become distant and insulting by belittling you. These seemingly small transgressions build and you become accustomed to bending to his every whim hoping to avoid an argument and the onslaught of the ensuing verbal tirade.

Eventually, you can no longer avoid the wrath of your spouse and verbal assaults turn into physical assaults.  The physical and emotional harm done to you are marital torts. Also, if a spouse dies at the hands of the physical abuse of the other, a wrongful death suit may be filed by the surviving children.

The same holds true for marital rape.  If your spouse demands sex and takes it without your permission or while sleeping, or contrary to your statement otherwise, or without your consent, this is marital rape and is a tort. Similarly, a wife who has an affair contract a venereal disease, and passes it on to her husband is liable in the form of a marital tort.  Marital torts are not limited to affairs or abuse.  As such, taking or otherwise stealing marital funds to fund your extramarital adventures or for no reason at all is also a marital tort of dissipation of the marital assets.

There are countless ways that marital torts are inflicted upon the unsuspecting spouse in a marriage.  The difficulty is in recognizing it and knowing when to leave and hiring an attorney to assist in protecting your well-being and your rights by filing the claim.  Knowing when you must file the claim is best left to lawyers.

When Do You File a Marital Tort Claim?

All tort claims have a statute of limitations.  The phrase “statute of limitations” means the time in which the legal suit must be filed in court or forever lose the right to sue.  In marriages, the right to sue was not always absolute and there was something referred to as spousal immunity.  Theoretically, it was considered legally impossible to commit acts against your spouse.  In other words, the court did not recognize that a wife could be raped or that she was otherwise abused.  This was referred to as spousal immunity and anyone claiming such tortious acts could not do so prior to or during the divorce proceeding. 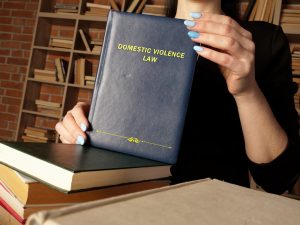 As time went on, courts recognized the error of its ways and permitted marital tort claims to be filed.  The chief case that changed the landscape for marital torts is Tevis v. Tevis.    In this case, the court held that marital torts must be filed or joined in the matrimonial action and that this could lessen the technical statute of limitations.  By way of example, if a man beats another man and breaks the other man’s arm, the party that was hurt can sue.  He must bring suit within the statute of limitations, namely two years.  If that same man intentionally breaks his wife’s arm, and she files for divorce two months later, she must bring the action at that time and cannot wait two years.

Simply put, if you are aware of the tort and the harm done, you must file when divorcing and bring a claim for the civil wrong committed against you.  Of course, there may be torts that are committed years before your divorce but not discovered until after. In these cases, it is important to consult an attorney to discuss when you can or must file an action.

You may Have a Valid Marital Tort Claim in NJ, Contact our Divorce Attorneys for Help

Not hiring the right attorney who fully understands marital tort can lead to losing a claim in its entirety.  The bottom line is that you can be compensated for the wrongs committed by your spouse against you but if you do not file in time, you will forever lose the right to sue.  Divorce attorneys such as ours listen to you, hear your story, and can advise if a marital tort claim is on order.

If you live in Wanaque, Pompton Lakes, Hawthorne, Ringwood, or towns around Passaic County, put yourself in the best position you can by hiring an attorney with experience in marital torts from The Montanari Law Group, LLC. Contact us online or call us at (973) 233-4396 today to speak with one of our family law attorneys and receive an initial free consultation to discuss your case and how we can be of assistance.