Criminal Coercion and its Implications in New Jersey 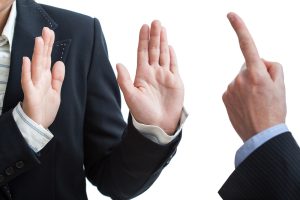 Criminal coercion is against the law in New Jersey, and you could face steep fines and even jail time if you are convicted.  But what is coercion?  It is the restriction of another to engage or not engage in actions by using threats.  Coercion is making someone comply with your wishes at a penalty of risk to themselves or their reputation.

There are several components to criminal coercion, and many are very similar in nature:

When does Criminal Coercion Most Often Occur?

Criminal coercion is frequently a feature in domestic abuse cases and a companion to false imprisonment or harassment.  For example, the offender threatens their significant other by releasing intimate photos to coworkers, family, and friends if the victim reports the physical harm they have received.  To force the victim not to say anything, the offender has placed him or her in fear of being shamed or even losing their job.  False imprisonment occurs when the offender intimidates or threatens the victim to the point where they cannot act due to the fear of violence that they may experience if they do not comply. Harassment can be repeated visits to the victim’s work, following them as they drive home, frequent visits to the victim’s relatives or friends, sending text messages all day and night, often with threatening messages.

A restraining order is not a criminal charge; it is a civil one. However, it is usually sought as a result of domestic violence such as coercion. Frequently, a hearing for a final restraining order can be stressful, especially if the victim has been pressured by the defendant to withdraw the request for a final order.

In the business world, coercion often looks like this:

What Are The Penalties For Criminal Coercion Charges in NJ?

Criminal coercion is a serious charge and is rarely the only one involved in a criminal case.  It is considered a severe offense that can result in several years in jail.  If one is found guilty of 4th-degree coercion, the sentence can be up to 18 months in jail and a fine of $10,000, while a third-degree charge has a possible sentence of 3 to 5 years in prison and a fine of up to $15,000.  The 3rd-degree charge occurs when the defendant acts or threatens to act in a more severe way than what is included in the statute. Of course, either charge will be placed on your criminal record.

What is Affirmative Defense for 2C:13-5? 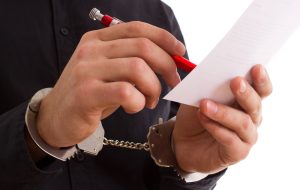 This defense can be used against the prosecution of subsections 2, 3, 4, 6, and 7.  An affirmative defense is when a legal excuse is claimed for the actions taken. If the offender believes that the accusation or secret they are threatening to divulge is true, it could be an affirmative defense. The information that may be leaked is true, and therefore there is no offense in it.

How Does the Prosecution Prove Coercion?

Charged with criminal coercion? Seek the experience of The Montanari Law Group in Little Falls, NJ

Criminal coercion is a complicated charge and is not something you want to face alone.  Sometimes things that we say can be misconstrued to mean something other than the intended message.  Different people interpret things in different ways, and miscommunication happens all of the time.

If you have been charged with criminal coercion or know someone who has, The Montanari Law Group, LLC can help you.  It would help if you had someone you could trust who would explain all of the facets of your case.  Criminal coercion is a complicated charge and is frequently misunderstood, and we can stand up for you and make sure your rights are protected.