Do I have to get a divorce or can I get an annulment in NJ?

No one gets married with the thought of separation on their minds. However, sometimes life comes along with unexpected and tough decisions. 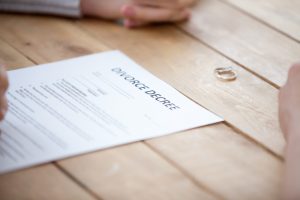 Weddings are happy affairs that celebrate the commitment of two people who love each other very much and want to make their joyful union public. Unfortunately, the future is not as bright for some as it is for others.  You wake up the next morning and realize you have made a big mistake.  No problem, right?  You can just get an annulment. It is not that easy. The experienced attorneys at The Montanari Law Group, LLC., can help you to decide whether you need a divorce or an annulment and explain how to proceed with the next steps.

Why would you get a divorce instead of an annulment in NJ?

An annulment is a revocation of the legality of a marriage.  Divorce, on the other hand, is a dissolution of the marriage and will determine equitable distribution of assets, child custody, alimony, and child support (if necessary). With an annulment, the assets are typically returned to their pre-marital state. Alimony is not unheard of, but as annulments are usually sought after a shorter period of time than a divorce, the amount of alimony (if any) is not as much as in divorce and any children are considered legitimate.  An annulment has a high level of difficulty in terms of the legal qualification to obtain it. A divorce can be granted on much broader grounds than an annulment. A divorce is categorized as “fault”, where one spouse wants to blame the other for the end of the marriage, or “no-fault” where the couple both agree to separate without disagreement. In a divorce, the marriage is ended, not nullified.  An annulment identifies the marriage as void and therefore proceedings simply nullify it altogether. After an annulment, the participants’ legal marital status is “single” as opposed to “divorced”.  Some of the reasons for seeking an annulment are to pay less (or none) alimony, to avoid the social stigma of being divorced, or for religious purposes as many religions frown upon divorce.

An annulment occurs because the marriage was either void or voidable from the start.

It was essentially illegal, to begin with, and therefore is made legally non-existent.  A void marriage is one that is illegal from the get-go while an avoidable one has more to do with certain circumstances with those involved.

If one or both participants in the marriage are under the age of 18, the marriage is void.  Incest is another reason to get an annulment of a void marriage.  Incest is considered a marriage between brother and sister, half-brother and half-sister, adopted brother and adopted sister, children and parents (or grandparents), uncle to niece or aunt to nephew.  First-generation cousins can marry in New Jersey.  The last example of a void marriage is where one spouse is already married to someone else.  The second marriage is void because the first one hasn’t been dissolved.  All of these reasons are cut and dried, objective, and easy to identify.  It is not always so with voidable marriages.

What makes a marriage to be considered null and void in New Jersey?

Voidable marriages are invalid for reasons that are somewhat more subjective and require closer analysis.  Duress, for example, is when a participant is afraid of the consequences of not going through with the marriage due to threats to their person or possessions by their partner or others.  Any serious misrepresentation or fraud is another reason. Examples of fraud include a hidden substance abuse issue, a pregnancy within 10 months of the wedding ceremony, hidden debts or assets on a large scale, or an expressed desire to have children which are retracted after getting married.  If your spouse or you lacked the cognitive ability to understand what was happening at the time of the wedding, it can be annulled. Medication, illness, the influence of illicit substances, or alcohol can all affect a person’s judgment and ability to make a sound decision.  Finally, impotence is also a reason under certain circumstances:  when either spouse is unable to consummate the relationship or function sexually or if either partner is unable to produce children and the condition(s) was not discussed before the marriage, an annulment can be granted.

What is a “Complaint For Annulment” document in NJ?

If you are considering an annulment in New Jersey, you or your spouse must be a New Jersey resident.  First, you must fill out a form called a “Complaint For Annulment” which includes information about you and your spouse and the grounds on which you are requesting the annulment.  It is advised to seek the guidance of a knowledgeable attorney during this process. 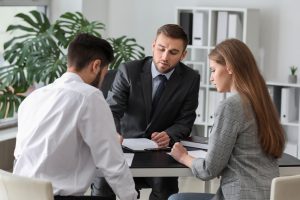 After your spouse is served with the annulment complaint, the third party who serves them with the complaint will fill out an Affidavit of Service indicating that the complaint has been received by your spouse and the court will be notified.  Your spouse can either agree or challenge the annulment. An agreement allows the court to proceed with your annulment and grant it without a physical hearing. By challenging the annulment, a hearing will be held and you both will be required to testify. Evidence will need to be presented as to the reasons why the annulment is being requested.  A family lawyer can be of great help in this situation.

Why choose fault or no fault if you have to file for divorce?

Many couples choose a no-fault divorce under which there were 6 months with no prospect of reconciliation (irreconcilable differences) or physical separation of residences for at least 18 months because the divorce process is usually smooth as there is little about which to argue.

A fault divorce can be petitioned for many reasons such as adultery, willful desertion, substance addiction, incarceration, institutionalization in a mental facility for more than 2 years, mental or physical cruelty, or deviant sexual conduct.

Need an Attorney to Determine Divorce or Annulment in NJ

If you aren’t sure whether you qualify for an annulment or have decided that a divorce is better for your situation, call The Montanari Law Group, LLC. at (973) 233-4396 to receive the help you need to move forward.

We can offer the support and legal advice you so urgently require when determining whether annulling or dissolving your marriage through the divorce process is best for your particular situation. We are happy to work tirelessly on your behalf whether your case is in Jersey City, Hackensack, Morristown, Newark, Montclair, Ringwood, Elmwood Park, Ridgewood, Wyckoff, or elsewhere across the state of New Jersey. Contact us anytime for immediate assistance.