According to New Jersey law, several behaviors can be considered domestic abuse, and some are more subtle than others. 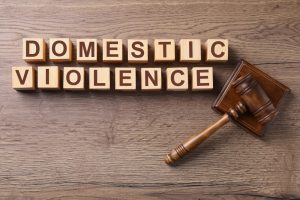 The prevalence of domestic violence cases has, unfortunately, risen in the Covid-19 era as quarantines and stay-at-home orders have sent couples into close quarters for long periods of time. Reports around New Jersey and the country have shown a steep increase in instances of reported domestic abuse by the thousands. With domestic violence has become an even more prevalent feature of daily life in New Jersey, it is important to understand how the law defines domestic violence, what acts are subsumed within this category, and who is granted relief in the case that abuse occurs. Read on to learn more about what New Jersey makes a case of domestic violence and how a victim of domestic abuse can seek legal and social support during the difficult and potentially dangerous transition time out of an abusive relationship.

What is considered domestic violence?

The US Department of Justice defines domestic violence as the control of a partner by the use of manipulation or physical abuse. Manipulation can be outright or subtle, and the Department of Justice identifies multiple forms of such abuse, which can be physical, mental, emotional, sexual, or even financial. To that end, an individual participating in any of the 19 forms of behavior that the New Jersey Prevention of Domestic Violence Act names as domestic violence can be charged with a crime.

‘Assault’ is a very nuanced term, and criminal courts will carefully review evidence to determine whether a perpetrator’s behavior was assault, some other form of domestic violence, or neither assault nor domestic violence in any form. According to the New Jersey statutes, “assault” is defined as the harm that is inflicted upon a victim by way of unwanted physical contact, and it includes the threat to inflict this physical harm. As such, there is a huge range of behaviors that could be considered assault. Further, there are misdemeanor and felony versions of assault charges, including simple assault, a disorderly persons offense, and aggravated assault, an indictable crime with various degrees. As noted, the criminal court system is precise in its case review to determine assault and ensure that a perpetrator receives a proper consequence for such action.

Sexual assault is a form of assault that specifically involves unwanted physical contact of a sexual nature. Sexual assault can be charged as an act of domestic violence and carry its own separate charge, for it is indeed a severe offense.

Criminal sexual contact is distinct from sexual assault in that it is the touching of someone in a way that went against someone’s permission or desire.

Traditionally, stalking is considered the presence of someone uninvited; before the technological age, it was mostly seen through unwanted physical proximity and repeated phone calls or messages. However, there are multiple ways that stalking occurs, including online presence through social media or other formats.

Harassment specifically regards communication. It is continuous communication that is unwelcome or causes heightened stress or fear for safety.

Cyber harassment is the specific communicative harassment that occurs online. It also pertains to defamation through the threat to use or use of documents or photos to ruin someone’s reputation socially.

Burglary is the illegal entering of a property. One doesn’t have to take anything from the premises or otherwise cause harm to be charged with burglary. Still, unlike trespassing, burglary is illegal entry onto the property to commit a crime.

Robbery occurs when someone takes something from a property that is not theirs by way of force or threat of harm.

Criminal restraint is holding someone against their will.

False imprisonment is much like criminal restraint; it is the holding of someone within certain premises against their will. Gaslighting, one dangerous and oft-used manipulation tactic of domestic offenders, is considered the psychological, versus physical, restraint of the person through manipulation and lies.

Lewdness is the exposure of private areas of the body to another without their permission.

Kidnapping is the removal of someone from their home or environment without their permission. Kidnapping can be a domestic violence criminal charge, yet it is also absolutely a separate charge on its own when it occurs outside of this context.

Criminal mischief, such as vandalism, is the damage of someone else’s property.

The Prevention of Domestic Violence Act of 1991 protects victims of domestic abuse from the threat of serious bodily or psychological harm or death. Any act by a partner, present or former, or householder that puts a victim at this kind of risk is considered a domestic violence offense.

Contempt of a Restraining Order

Obviously, homicide carries its own charge, but if the person killed is a close relation or householder such as those named above, it is also considered a predicate act of domestic violence.

Who does the Prevention of Domestic Violence Act of 1991 protect? 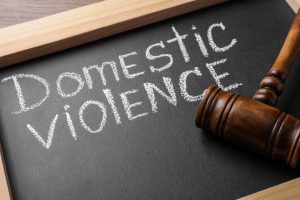 The Prevention of Domestic Violence Act of 1991 (known as “the Act”) was created to protect victims to the highest extent the legal system can. Those protected by the Act are 18 years of age or older (or emancipated minors) who have been subjected to one of the forms of domestic violence outlined who have been victims of spouses, partners, or members of the same household. Also protected are people who have been violated in one of the 19 ways by the parent of their child or by someone with whom they have been in a dating relationship.

Need to Speak to a Domestic Violence Attorney

If you aren’t sure how to move forward with a domestic violence allegation, call The Montanari Law Group, LLC. With vast experience assisting clients on both sides of restraining order proceedings, as well as those facing child custody issues amidst domestic violence accusations, divorce and domestic violence, and criminal charges, our team is fully prepared to help you successfully navigate your case in Nutley, Verona, Montclair, Caldwell, Woodland Park, Clifton, Wayne, and Little Falls.

To talk to one of our attorneys and schedule a free and confidential consultation with our firm today regarding your particular case, please contact (973) 233-4396 or toll-free at 888-877-7985. We are able to answer your questions by calling for a free consultation or schedule to meet with you in our office.