What constitutes default once divorce complaint is formally entered?

A court proceeding is officially initiated when someone files a complaint with the court. 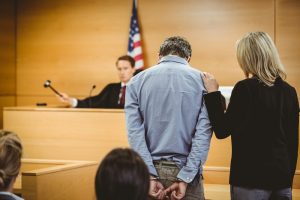 A complaint is a legal document formally entered into the court record that provides the reasons the filer, or plaintiff, believes that they have sufficient evidence for legal action to be brought against the person against whom the complaint is filed (called the defendant), which would result in some financial or other compensation. Multiple complaint forms are filed depending on the nature of the complaint (for example, a Complaint about Divorce is submitted to the New Jersey Superior Court: Family Part in the case that one spouse files for divorce).

4 Responses to a Family Law Complaint Once Filed

Upon receiving the plaintiff’s complaint, the defendant named in the New Jersey complaint is allowed to respond regardless of its nature. They may respond in four ways: providing an Answer, an Answer, and a Counterclaim, an Acknowledgment, or a Notice of Appearance.

In New Jersey, a defendant has 35 days to formally respond with one of the above when a plaintiff files a complaint; this response acknowledges the claim. If no response is received in 35 days, this is called a “default.” When a defendant defaults, the proceedings may move ahead without them. A plaintiff will expedite this movement by filing a Request to Enter Default. When a court receives the Request to Enter Default after the 35-day mark, the coast is clear to begin court proceedings, even in the defendant’s absence.

Once a Request to Enter Default has been accepted by the court in a divorce case, a Default Hearing will be scheduled. At this hearing, a New Jersey judge will determine the decision of the court regarding the complaint.

Usually, when a defendant is present in the hearing, an extensive negotiation process occurs, whether the case’s specifics surround custody, division of assets, alimony payments, or any number of other issues involved in a divorce, a realm in which default hearings often occur. The negotiation often leads to a settlement that only receives final approval from the New Jersey Superior Court: Family Part.

However, in the case that no defendant is representing themself, the plaintiff submits a proposal regarding a Final Judgment of Divorce directly to the judge, demonstrating reasons the judge would decide in their favor. This could include numerous pieces of evidence to back up the proposal for the specific division of assets between spouses, custody arrangements and parenting time schedules, alimony payments, and others. 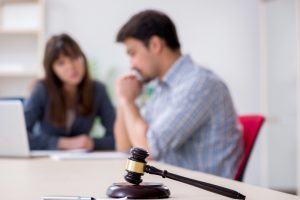 Because the defendant will have already had an opportunity to participate in the proceedings in the form of a response to the initial Complaint for Divorce, at the point that the proposed Final Judgment of Divorce is submitted to the court or the court date itself, the defendant will be able to play a minimal role in the proceedings should they arrive. They may not submit evidence objecting to your complaint, though they may speak on their own behalf and in their own defense. One move a defendant may make that essentially starts the process again and frees up the defendant to file a response to the original complaint is that they may motion the court to set aside the Default. Because this is a distinct possibility, having a skilled divorce attorney’s support is essential throughout this delicate process.

CONTACT OUR LITTLE FALLS NJ LAWYERS FOR A FREE CONSULTATION

At The Montanari Law Group, our team of attorneys supports clients across Wayne, Paterson, Clifton, West Milford, Woodland Park, Little Falls, and Passaic County in their legal matters, ensuring that their rights are upheld to the full extent of the shifting laws.

To schedule a consultation with a member of our team today about your case. To speak with one of our highly experienced Passaic County attorneys today, call 973-233-4396 or toll-free at 888-877-7985 for a free initial consultation.