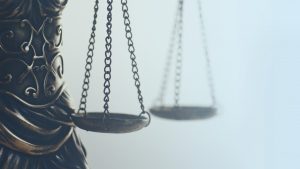 Aggravated assault and simple assault charges in New Jersey are similar but may result in widely varying legal consequences. Similarly, criminal wrongdoing which may lead to aggravated vs. simple assault convictions can take on many forms. Most non-legal professionals would see these two terms and think they were the same: assault. However, the distinction between the two can make the difference between spending up to a decade in state prison and reduced sentences, walking away with a suspended sentence, or even participation in a diversionary program.

Our qualified and experienced assault defense attorneys will define both aggravated assault and simple assault, detail the legal differences between the two, and what sentencing looks like upon conviction.

New Jersey Revised Statutes Section 2C:12-1 – assault states that “assault” may be considered either aggravated assault or simple assault depending on the nature of the crime.

Offenders may be found guilty of aggravated assault if he or she:

Offenders may be found guilty of simple assault if he or she:

Your Passaic County criminal defense attorney will understand that in many cases, the difference between aggravated assault and simple assault charges are very slim. For example, consider the first definitions listed above (listed as number one). The difference there is a single word: “significant”. Whether or not it is determined that the victim suffered “significant” bodily injury will result in the difference between a disorderly persons charge or a felony.

Aggravated Assault charges may result in second, third, or fourth-degree felony convictions. Depending on the degree of the crime, sentences may include:

If you or a loved one are facing assault charges in New Jersey, it is vital that you speak with a qualified Passaic County criminal defense attorney. Otherwise, you may be risking serious prison time, heavy fines, and much more. An experienced attorney may be able to have your charges reduced, dropped, or suspended as part of a diversionary program.

The criminal defense attorneys of The Montanari Law Group have extensive experience serving local Passaic County communities including Woodland Park, Paterson, Wayne, Clifton, Little Falls, West Milford, and all of Northern New Jersey. We believe in working closely with our clients and their families to develop highly effective legal defenses that best suit your needs. Whether you are facing petty disorderly persons charges in Municipal Court or facing second-degree felony charges, our criminal defense team will do whatever it takes to protect your legal rights.

To speak with one of our clients about your aggravated assault, simple assault, or other criminal charges in a free and confidential consultation, please contact us online or through our Woodland Park, NJ offices today by calling (973) 233-4396.