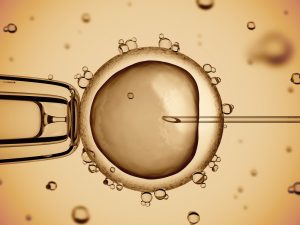 Here in New Jersey, the law is believed to be clear when it comes to artificial insemination and parental rights. As the statute explains, provided the procedure is performed by a licensed physician, the donor parent may relinquish their parental rights and future obligations to the child.

What happens though if a licensed physician is not used but a contract is signed anyway that relinquishes parental rights? Is the agreement still upheld by the law?

This is the gray area some in the state feel that the law does not address. But if the New Jersey Superior Court agrees to hear an appeal out of Salem County, then it’s possible that residents across the state will not only have an answer to these questions, but the decision could force a change in the law.

For those here in Passaic County who have not heard about the case, it involves a gay couples who is requesting help from the courts to determine whether the sperm donors to their two children have visitation rights. According to their complaint, the two children were conceived using “at-home artificial insemination.” In both cases, the donor parent signed a contract that relinquished their right to paternity.

But between December 2013 and April 2014, both fathers came forward and filed for visitation rights for their respective child. Their petition for rights immediately raised an important question the same-sex couple was sure they already knew the answer to: did the men have the right to assert their parental rights?

“We just assumed that if we had a contact, these guys would be donors and nothing else,” explains one of the plaintiffs in the case who goes on to say that she and her spouse were not aware of the law’s requirement of a physician during the artificial insemination procedure. If they had fully understood the law, the women say “they would have done things differently.”

Those familiar with case law may remember a similar issue regarding artificial insemination presented in the 2011 case of E.E. v. O.M.G.R. Like this current case, the courts needed to determine whether male donor was considered such by law during an at-home insemination. The court concluded that parental rights could not be terminated, even by contract, if a physician did not perform the procedure. Only time will tell though if a similar decision will be reached in this case as well.